Orica-GreenEdge rider Michael Matthews has been left-red faced after mistakenly celebrating a stage victory at the Tour of Poland.

Matthews won a sprint at the end of the 226km stage and celebrated what he thought was a massive result for him and his team.

Only problem was Czech rider Petr Vakoc has crossed the line 21 seconds earlier.

In fairness to Matthews, he later reported on Twitter that his radio had failed and he had no communication from his team. 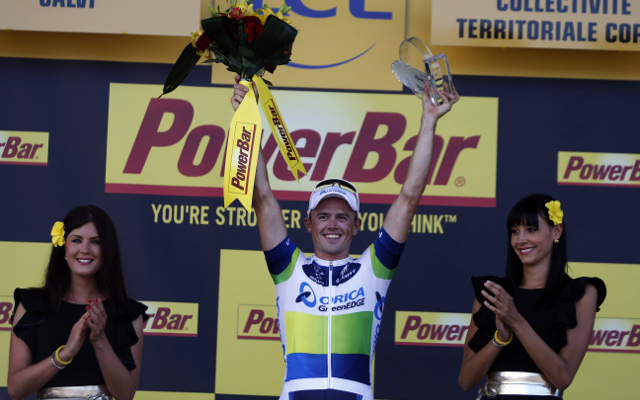