Baltimore Ravens receiver was initially shocked when he heard the news.

San Francisco 49ers have acquired Anquan Boldin from Baltimore for a seventh round draft pick Monday – a move that not only shocked the league, but the player himself.

Boldin admitted that he was surprised by the decision, claiming that he had no idea he was going to be traded, and was committed to ending a contract dispute with the team.

Still, the 49ers get the big upgrade they needed at receiver, while Baltimore clear cap space for next year, so on paper it’s a win-win for both teams.

If the next twelve months will go well for Boldin, he may well think positively too, but for now he is merely in shock. 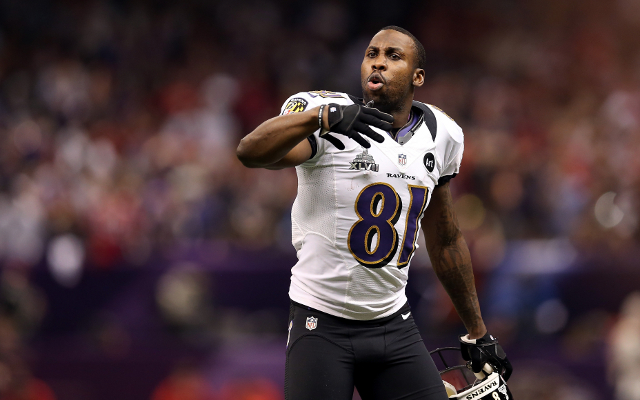 Anquan Boldin could retire if cut by Baltimore Ravens