Internationals lose touch with their opponents over the weekend.

United States golfers were poised to beat the Internationals for the fifth time in a row and win the Presidents Cup as matches resumed Sunday at rain-soaked Muirfield Village.

The Americans led 11 1/2-6 1/2 with four alternate-shot matches to be concluded before 12 concluding singles matches, all moved early to try and escape a fourth consecutive day of storms that since Thursday have dumped 1.62 inches of rain on the course.

The US team needed only six of 16 points available Sunday to reclaim the trophy and improve to 8-1-1 in the overall rivalry.

In a key change from the Ryder Cup, singles matches before the Cup is decided will be played until there is a winner.

The Americans and Internationals each led two of the four alternate-shot matches on the course in the early going.

South African major winners Charl Schwartzel and Louis Oosthuizen were 3-up after 12 holes on Webb Simpson and Brandt Snedeker.

Phil Mickelson and Keegan Bradley were 1-up after 14 holes against Australian Jason Day and Canada’s Graham DeLaet.

South Africa’s Ernie Els and Zimbabwean Brendon de Jonge were 1-up after 10 holes against the unbeaten US duo of world number one Tiger Woods and Matt Kuchar.

Steve Stricker and Bill Haas were 2-up after 11 holes against Masters champion Adam Scott of Australia and Hideki Matsuyama of Japan. 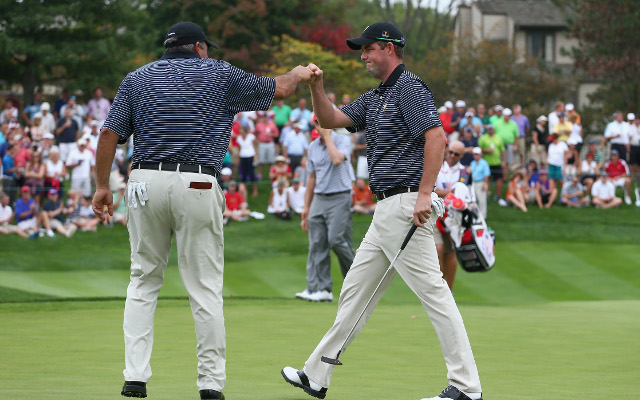 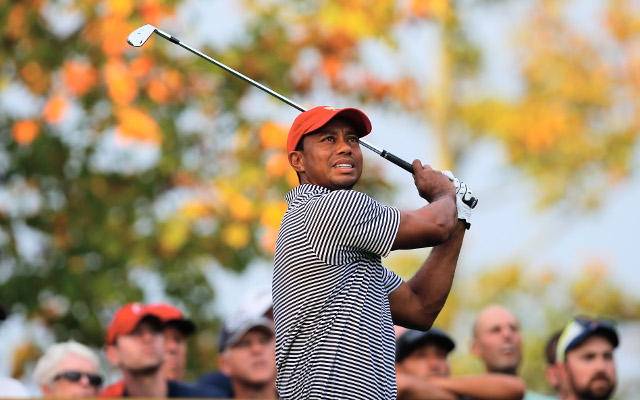 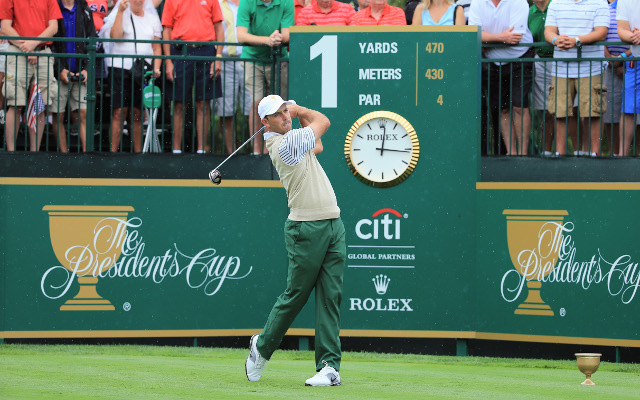