Arsenal spent much of Thursday promoting their new 2015-16 home shirt on Instagram.

One post in particular got more responses than expected…

The photo below, which was originally uploaded by a young lad called ‘@swaghunter95’ made quite a splash.

It is easily one of the most awkward selfies ever. This, coupled with his name and rather odd appearance, sent the commenters into overdrive.

Many people focussed on his name, while pede_rastas asked: “Why do you do this to that poor dude?”

What do you think? Who rocks it better – the real Alexis, or the one and only Swaghunter? 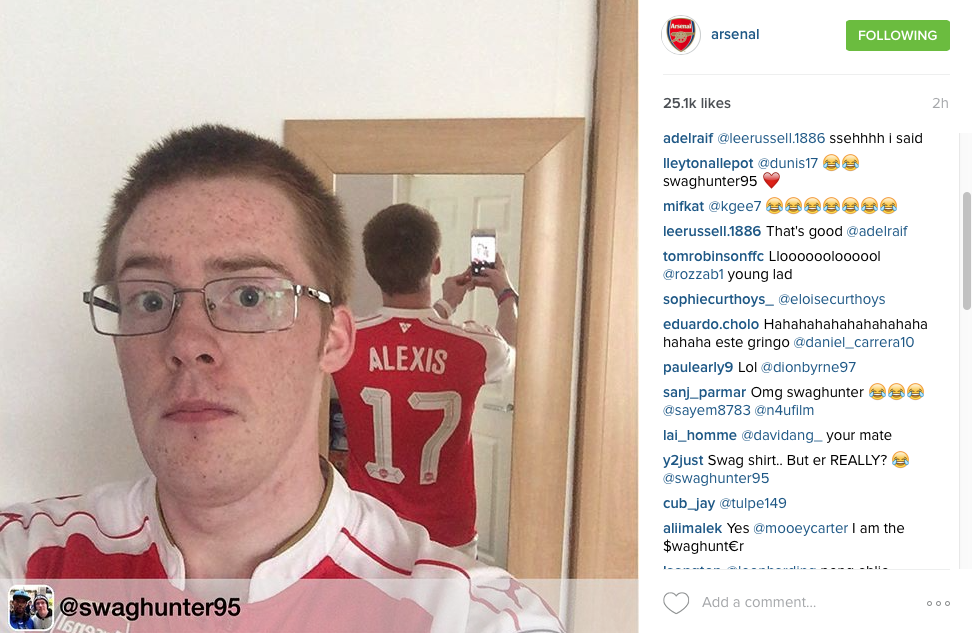