Cheeky former champion hopes to even the scores next time.

If there ever is a Orlando Bloom v Justin Bieber rematch, we’re backing pirate boy to get one over the pop-star.

UFC legend and Hall-of-Famer Forrest Griffin has offered to coach Bloom about throwing a punch or two after video surfaced of him swinging at the pint-sized Canadian in Ibiza.

“He threw a weak-ass punch,” Griffin said of Bloom.

“If they ever fight again, I can show him some moves so he can win.

“He’s not big, but it looks like he has the reach.

“Then again, everyone looks big next to Justin Bieber.”

In a story that has made headlines around the world, Bloom launched at Bieber after the singer got under his skin in Ibiza restaurant Cipriani.

How serious Griffin is with his offer it remains to be seen, with the former fighter most likely showing off his trademark dry-wit. 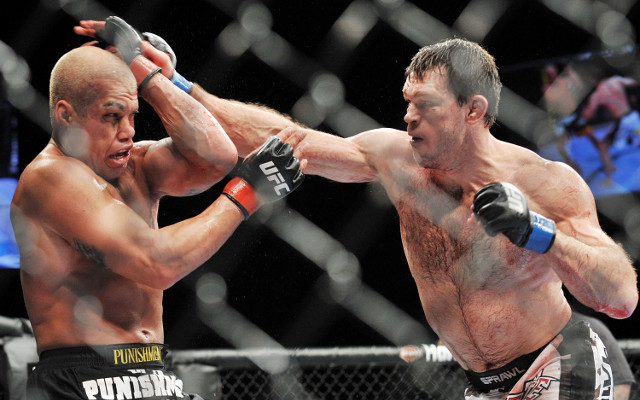