Comedian Will Ferrell made history on Thursday as he played in every position in baseball and suited up for 10 different MLB teams all for a good cause.

As part of a new HBO special from Funny Or Die in partnership with Major League Baseball to support the fight against cancer, Ferrell travelled around Arizona by van and helicopter throughout the day to make the achievement possible.

It is understood that Ferrell has raised close to $1m by his Spring Training adventure, with all games non-competitive at this stage as the MLB teams all prepare for the new season.

“I have the physique a lot of people dream about having. It’s my obligation to share it with the world,” he told the Mike and Mike Show in response to being asked about stripping down to his underwear in films.

In terms of baseball related activities, Ferrell added that he felt as though a lot of the teams he had featured for needed “a 47-year-old journeyman to provide the intangibles” while he also obtained some advice off MLB Commissioner Rob Manfred who gave him a pep talk ahead of his big day.

Ferrell featured for the likes of the Oakland Athletics, Seattle Mariners and Los Angeles Angels during his journey, and he actually proved to be a decent member of the team as can be seen above in the videos demonstrating what he brought to the respective teams.

Needless to say, MLB and Ferrell fans loved watching him out on the field…

#FerrellTakesTheField is the coolest thing i've ever seen on the baseball diamond. Not to mention its for a great cause.

Sorry, Cody. But there's no crying in baseball. #FerrellTakesTheField pic.twitter.com/6JODzWSMNW 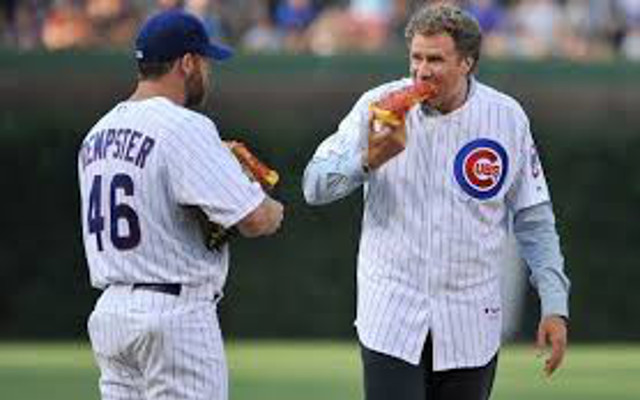