Instead, forgotten man Nicklas Bendtner has hinted that he could be set to return to the Gunners’ first team squad.

Bendtner has been out of the picture at the Emirates Stadium since returning from a disastrous season-long loan at Juventus.

The Dane has been linked with a number of clubs across Europe but has so far been unable to agree terms with any suitors, with his extortionate wage demands prohibiting a deal.

On Friday, the 25-year-old tweeted ‘Soon back in the game!’ accompanied by a link to a picture on Instagram of Arsenal kit bearing his number 52.

Soon back in the game! http://t.co/qeWaTWb53B

In case you were wondering what Nicklas Bendter looks like now, here’s s superb picture of the Denmark international dressed as David Brent: 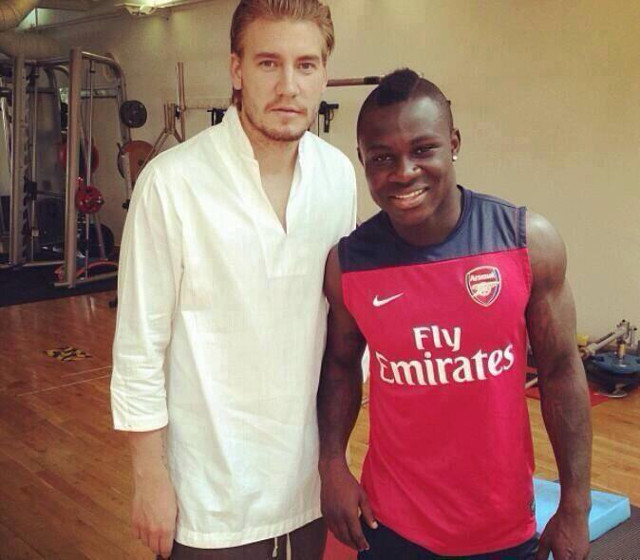