After New England Revolution lost 2-1 to LA Galaxy in the MLS Cup final, the reporter tweeted the following:

Silver lining of Revs loss is that now we don’t have to pretend they are relevant. Nice try by the Revs. But we are a Four Team Town. 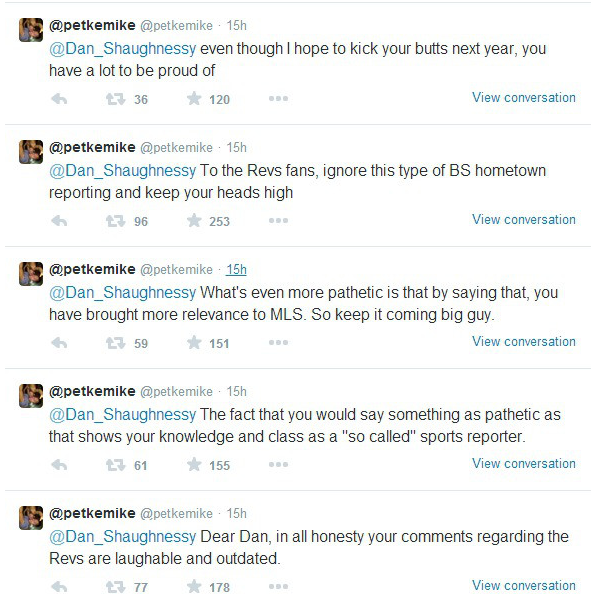 The battle goes on…