Forget Benzema and Hernandez, the Bosnian is the one the Gunners need.

As good as Arsenal have been this season the well highlighted problem the side face is if there is an injury or suspension to put upon striker Olivier Giroud.

The Frenchman has proved a host of doubters wrong this term by netting eight goals and providing five assist for the Gunners.

However, beyond the 27-year-old things look bleak as the only attacking alternatives are the out of form Nicklas Bendtner – who wants to leave the club – and youngster Yaya Sanogo – who is currently injured.

Therefore a new forward is quite rightly manager Arsene Wenger’s top transfer priority in the January transfer window, after the north London club messed up several high profile moves in the summer.

Firstly they were linked with Gonzalo Higuain and although a deal seemed close, when it became apparent that Luis Suarez could be available the side ended their pursuit in favour of the Uruguayan.

An offer of £40m plus one pound was deemed ‘disrespectful’ by the Reds and Wenger eventually ended up with neither South American.

In the months in between the summer and January transfer windows of 2013/14, the side have been linked with attackers as diverse as Karim Benzema of Real Madrid, FC Porto’s Jackson Martinez and Manchester United ace Javier Hernandez.

Yet perhaps the most unfashionable of the bunch, but the most ideal for the north Londoners, is Manchester City’s Edin Dzeko. 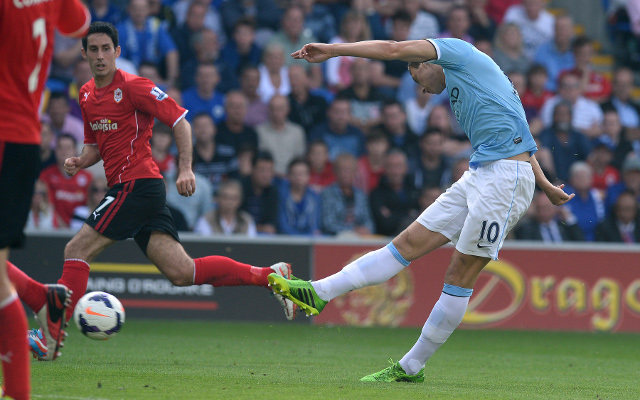 The Bosnian operates in a similar way to Giroud with a strong counter attacking style and the physicality and stature of the men is also very close.

At the Etihad Stadium Dzeko is finding opportunities more limited then the 27-year-old would have wanted, with Sergio Aguero and Alvaro Negredo the preferred striking partnership.

The powerful forward of course knows the English top tier well, having played in it for nearly three years and scoring 33 times in 84 games.

Forget the huge transfer fees it would take to bring Benzema or Martinez to the Emiates Stadium, Wenger should stay shrewd in the transfer market and buy Dzeko.