Can Sherwood’s boys pick up back to back victories at Old Trafford and the Emirates?

It’s notoriously difficult to predict what kind of team a manager will select for an FA Cup tie, but we think due to the size of the match, and the strength of the opposition, Spurs boss Tim Sherwood will select a pretty strong side…

Injuries to Paulinho, Sandro, Defoe and Vertonghen among others have also forced his hand, but the boss will be keen to continue the positive start to his career in charge.

Here’s how we reckon they’ll line up…

Many sides rotate their keepers in the FA Cup, but against bitter rivals Arsenal, we’re pretty sure new boss Tim Sherwood will stick with Hugo Lloris, his tried and tested French number one.

The flying fullback should start on the right of a Spurs back four, but will have to tame his attacking instincts at the notoriously difficult Emirates stadium. Arsenal love playing neat through-balls inside the fullbacks, so Walker will have to be especially alert when the Gunners have possession in the final third.

With Younes Kaboul and Jan Vertonghen still out injured, club captain Dawson should start at the back alongside impressive summer signing Chiriches. He will likely be charged with dealing with the threat of Lukas Podolski up top, as Olivier Giroud is out injured

The Romanian centre-back is coming straight off the back of a Man of the Match performance at Old Trafford against the Premier League champions, and will no doubt be given another chance to impress against Spurs’ bitter rivals.

Rose could potentially make way for Ezekiel Fryers at left-back, but we predict that Sherwood will stick with the same back four which largely managed to keep Manchester United at bay. Like Walker on the other flank though, Rose will have to be careful not to bomb forward and leave Spurs exposed at the back. 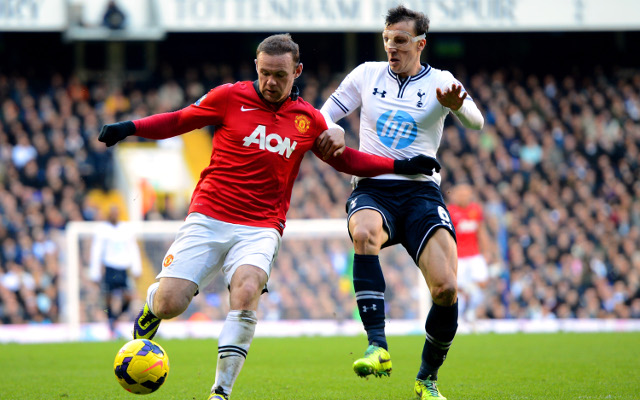