Spurs nearly signed the Croatian wonderkid twice in the summer but on both occasions the 17-year-old’s father seemed unimpressed with the Londoners’ offer. But links with the playmaker, already a full international and considered one of the most talented young players on the Continent, have refused to go away and Halilovic has admitted he is likely to finally move to North London from Dinamo Zagreb in January. With Sherwood ready to put faith in youth, Halilovic would be offered more of a chance at White Hart Lane under the new boss than under predecessor Andre Villas-Boas. 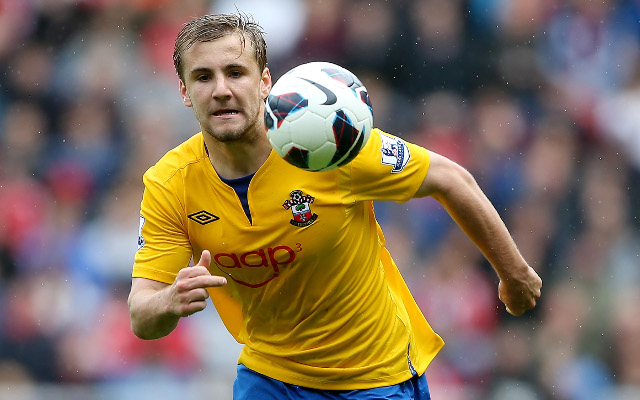 Spurs need a left back in January, with the hapless Kyle Naughton currently the only viable alternative to Danny Rose. New boss Tim Sherwood may decide to recall Benoit Assou-Ekotto from his loan at QPR in January but failing that, Southampton’s Shaw would be a great addition. The 18-year-old has seamlessly adapted to Premier League football, coupling defensive nous with attacking verve. But Saints will demand big money for Shaw and Chelsea, who the England under-21 reportedly supports, are also thought to be interested.

The former AC Milan forward is disliked by the supporters at current club Corinthians, where he is perhaps unfairly perceived as an overpaid party-boy. Pato’s case has not been helped by a crucial penalty miss in a Brazil cup match and he may seek an exit to England in January. Arsenal are also thought to be keen on the 24-year-old, who has scored 10 goals in 24 caps for the Selecao.

The Real Madrid left back was linked with Spurs in the summer but his compatriot, Andre Villas-Boas, may well have been behind the reported interest from White Hart Lane. Spurs need to add quality competition for Danny Rose in January and Franco Baldini and Daniel Levy will not be shy of calling in a favour at the Santiago Bernabeu following the departures of Luka Modric and Gareth Bale to Madrid.

The Mexican has made it clear he wants regular first team football but the formidable Wayne Rooney and Robin van Persie continue to block his path to the first team at Old Trafford. Van Persie’s injury may mean Hernandez is kept at United in January but Spurs are in need of a new striker, particularly if Jermain Defoe moves to FC Toronto, as rumoured.