The 2014-15 season started as many others do at White Hart Lane – with a new manager. Here, fanatix assesses how Tottenham Hotspur fared in Mauricio Pochettino’s debut campaign in charge…

Spurs pipped Liverpool to fifth in the final Premier League table, although their 64-point haul was five short of last season and their lowest total in four years.

They were out of the top-four race earlier than they would have liked, but the emergence of home-grown stars such as Harry Kane may give them optimism that they can launch another Champions League bid next term.

A run to the League Cup final, where they were beaten 2-0 by Chelsea, contributed to an exciting post-Christmas period, during which Spurs produced some of their best performances, but disappointing exits to Leicester City and Fiorentina in the FA Cup and Europa League respectively were missed opportunities as the club sought its first major trophy since 2009.

All eyes were on Tottenham’s pre-season transfer activity following the horrific misspending of the Gareth Bale fortune, left behind following the Welshman’s move to Real Madrid in 2013, which was a world-record £85.3m deal according to BBC Sport.

If only one of the ‘magnificent seven’ proved worthy of that title in their debut season – Christian Eriksen has now been joined by Nacer Chadli in that regard – perhaps even fewer of Spurs’s signings this term have been immediate successes. 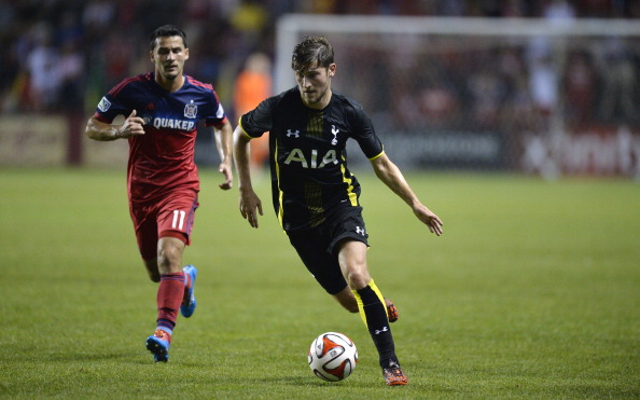 Ben Davies and Michel Vorm joined from Swansea City, with Gylfi Sigurdsson going the other way, and have served their purpose as squad players, but the Londoners somehow went through the whole of the summer without strengthening their strongest XI.

Despite The Telegraph linking them with exciting targets such as Mateo Musacchio and Morgan Schneiderlin, Pochettino ended up with the less inspiring duo of Federico Fazio and Benjamin Stambouli, and neither managed to make a significant impact.

Featuring in 28 Premier League games, Eric Dier, who The Daily Mail report cost as little as £4m, was the pick of the incomings and showed enough to suggest that he could be a long-term fixture in a Spurs defence which waved goodbye to Michael Dawson late in the summer window.

Raw, but full of potential and hungry to learn, Dier could represent the mould of future signings, with Daniel Levy indicating at a meeting with members of The Tottenham Hotspur Supporters’ Trust that the club will revert to targeting promising youngsters, after a series of flops when buying from the top market.