Spurs are the only Premier League side left in the competition.

Tottenham Hotspur had to do it the hard way to progress to the last-16 of the Europa League, coming back from behind to beat Dnipro 3-2 over two legs.

After losing 1-0 in Ukraine in the first leg things got even worse at White Hart Lane when Juande Ramos’s side scored again, but three goals in 13 minutes turned things around.

Here’s how the north Londoners rated on a successful European night.

Could do nothing about the Dnipro goal and as usual was quick off his line and denied a free-kick from Yevhen Konoplyanka in the last minute.

Had the difficult task of keeping Konoplyanka quiet and did so pretty well, although that hindered the right-back’s ventures forward as a result. 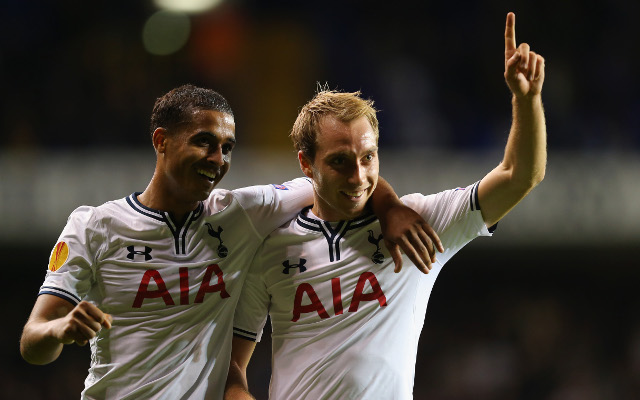 Solid defensively but as usual didn’t know what to do with the ball and often resorted to punting the ball forward.

Unusually the Belgium international was off the pace in this game, but unlike Dawson was good on the ball but should have done better when the Ukrainians scored.

Came in for the injured Danny Rose and did well at left-back, even providing the ball for Tottenham’s third goal.