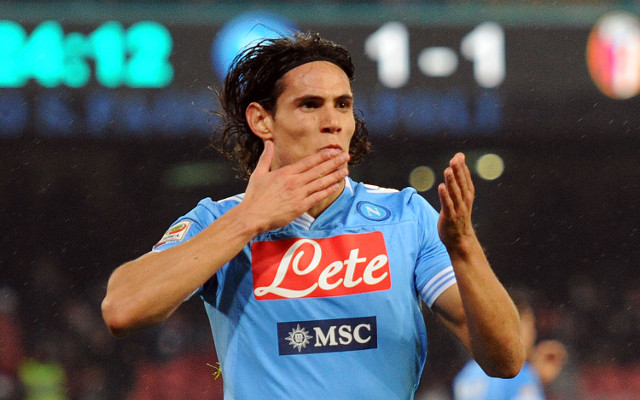 With Falcao wanted by AS Monaco, whose oil tycoon owner Dmitry Rybolovlev has comparable worth to Chelsea’s Roman Abramovich, the Blues may look elsewhere for striking options.

Napoli striker Edinson Cavani could well finally move on to a bigger club this summer, and with a buyout clause of £53 million, very few teams could afford him.

Fortunately for Chelsea, Abramovich has no issue with spending such figures on players, with the club record transfer being the £50m spent on Fernando Torres.

However, that proved a rather hefty price to pay in hindsight, with the club yet to see the goal return they had hoped for from the Spain international.

Cavani is in the form of his life with 28 goals in 32 Serie A starts this season, and the 26 year-old Uruguayan is on course for the Capocannoniere award, justifying the link with Chelsea.

He is proven both domestically and in Europe, but signing him at such a colossal price might prove too much of a gamble as he has not played in the Premier League.