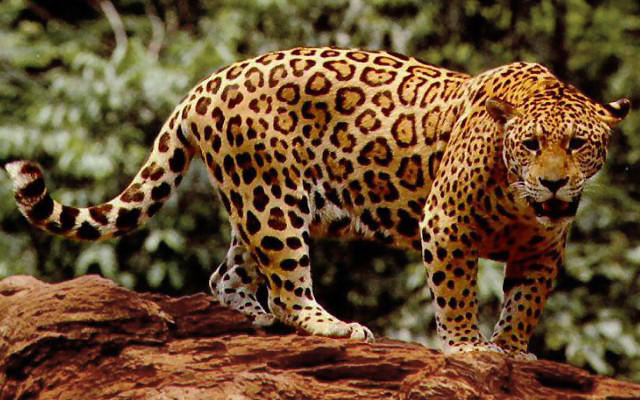 “It’s time to kill the horses,” said Jose Mourinho, deciding to take up a new metaphor as he again attempted to convince the world that Premier League leaders Chelsea were underdogs in the Premier League title chase.

“Manchester City is a Jaguar. You cannot put an ‘L’ plate on a Jaguar.”

I understand that he is referring to a car there, but the metaphor of the big cat works for me.

Manchester City play the very best attacking football in the Premier League, and the jaguar is an apex predator, able to both stealthily ambush prey from the river and chase it at breakneck speed through the rainforest. That is comfortably the most ridiculous sentence I have ever written, and I’m not 100% sure that the metaphor really works.

You’ve come this far, so bear with me.

If you’re interested, the easy way to tell the difference between jaguar and leopard is that a jaguar has an additional spot at the centre of its pentagonal rosette, a heftier head and jaw, and bulkier build. And it’s less likely to be in a tree.