The young Villa midfielder has revitalised his career this season under Paul Lambert, and is finally starting to live up to his immense talent.

The unheralded man in Liverpool’s midfield, Lucas sits deep and steals possession from the opposition, allowing the Reds’ creative players a platform from which to perform.

United’s midfield metronome has made more interceptions than anyone else in the league, but also puts in his fair share of tackles, too. Has been integral to multiple Premier League winning United sides.

The Welshman has arguably been the best player in the Premier League this season, and along with his numerous goals and assists, has made 42 tackles and interceptions for the Gunners.

Impressively, Palace’s battling Australian midfielder has made more tackles and interceptions than any one in the league. Ian Holloway will need him to continue in this vein of form if Palace have any chance of staying up. 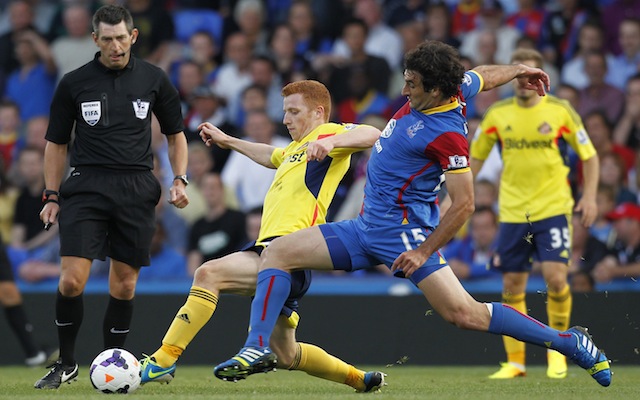