Arsenal are the most lethal team in the Premier League, while the likes of Manchester United, Chelsea and Tottenham Hotspur need to take their chances.

Setting up shots with key passes is vital to a team’s success, even if occasionally individual brilliance or good fortune can result in goals.

A team’s chance creation and conversion offer a good indication of the team’s likely performance at the end of the season.

These are the top 10 Premier League teams for key passes. Stats courtesy of Squawka. 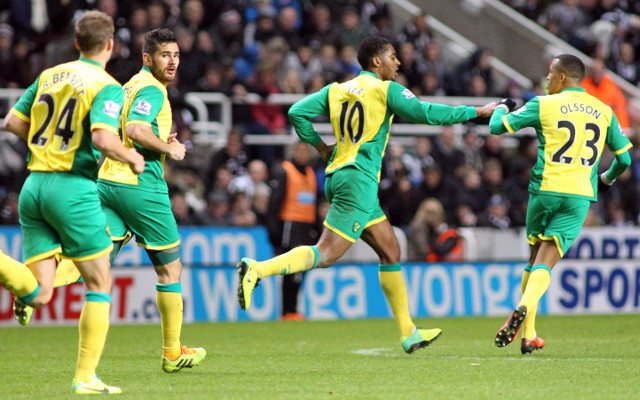 Norwich City invested in two goalscorers in the summer, with both Gary Hooper and Ricky Van Wolfswinkel being brought to Carrow Road to boost the Canaries’ firepower.

Hooper has scored five times in the Premier League, while Van Wolfswinkel has managed just a single strike, and Chris Hughton will demand more from his team in the remaining games of the season.

Norwich have only scored 19 goals all season, with just 13 of those coming through team moves that included an assist. A conversion rate of 5.5% is woeful for a top flight side attempting to remain just that.