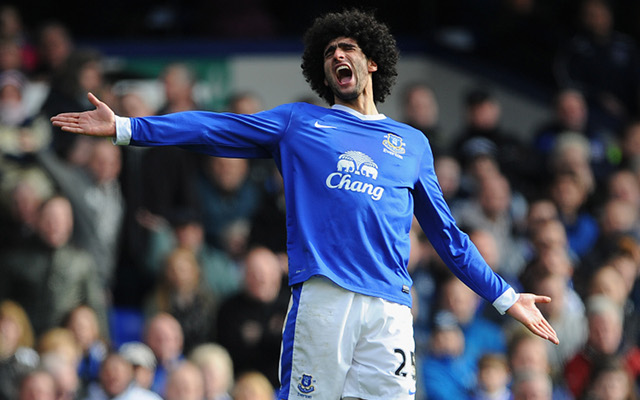 The big-haired Belgian admitted as far back as September 2012 that he could leave Everton for a Champions League club and, despite the early pronouncements of new Toffees boss Roberto Martinez, it looks likely that Fellaini will get his wish this summer. Arsenal have reportedly bid £22m for the 25-year-old, an offer which should activate a release clause in the midfielder’s contract, according to Goal.com.