It is the second time the San Francisco star has held San Diego hitless in his career.

Tim Lincecum held San Diego hitless Wednesday in a 4-0 San Francisco victory as the righthander recorded his second career no-hitter — with both coming against the Padres.

Lincecum also no-hit the Padres last July as he became just the second pitcher in Major League Baseball history to no-hit the same team twice, joining hall of famer Addie Joss who did it against the Chicago White Sox in 1908 and 1910.

“I am not saying I needed to do that by myself but to just be a part of that is fun,” Lincecum said.

The 30-year-old Lincecum, who has two World Series championship rings, was just one walk away from a perfect game. He stuck out six batters in front of a crowd of 41,500 at AT&T Park.

He capped the no-hitter by getting Padres batter Will Venable to ground out in the ninth which sparked a celebration near Lincecum’s pitching mound. Giants second baseman Joe Panik threw to first baseman Buster Posey to end the game against the weak-hitting Padres.

“I wasn’t really thinking about it out there, so at the end it kind of caught me by surprise,” Lincecum said. “The defence played very well, (Hector) Sanchez caught a great game and our offence got us the lead.”

Lincecum’s second no-hitter comes less than a year after his first one. He threw his first on July 13 at San Diego’s Petco Park.

Lincecum retired the last 23 batters he faced after giving up a one-out walk in the second inning to Chase Headley. He threw 113 pitches, including 73 for strikes and improved to 6-5 on the season.

“Just an incredible performance. He had such great focus,” said Giants manager Bruce Bochy. “He was just an artist out there.

“It’s hard enough to do one. If you do two, it puts you in a different class.”

He joined Christy Mathewson as the only Giants with two career no-hitters and was the 32nd pitcher in league history to reach the milestone.

It was the 16th no-hitter in Giants’ franchise history. There has been only one perfect game in Giants’ history, coming from Matt Cain last year.

San Diego came into Wednesday’s game as the worst offensive team in MLB, ranking 30th out of 30 teams in batting average (.216) and runs (239). The Padres are also the only team in MLB to have never had a no-hitter.

The Padres were no-hit for the ninth time in franchise history.

It was the third no-hitter thrown this season with the others coming from Los Angeles Dodgers starters Josh Beckett and Clayton Kershaw. 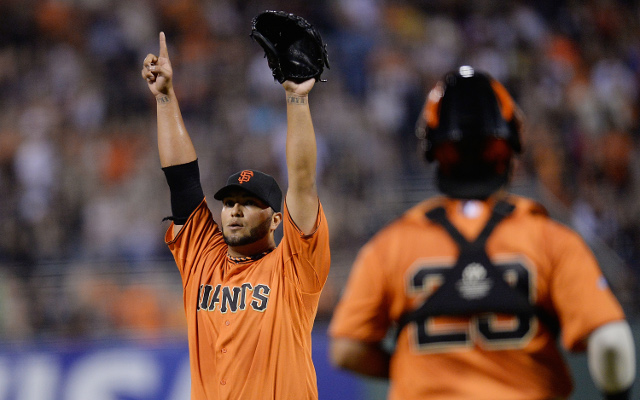