Jose Mourinho confirmed the worst fears of Chelsea fans this afternoon when he confirmed that goalkeeper Thibaut Courtois is set for a lengthy layoff.

The Belgian made it through the international break unscathed before ironically suffering a knee injury upon returning to training with the Blues this week.

Spanish publication Mundo Deportivo, cited by ESPN, claimed that the 23-year-old had suffered cruciate ligament damage and could be out for up to four months after undergoing surgery.

While Mourinho refused to confirm this morning’s reports that Courtois will be sidelined until Christmas, he did admit that his first-choice stopper would be out for “quite a long time”.

Summer signing Asmir Begovic will now be Chelsea’s number one, starting with the trip to Everton tomorrow, while unproven 21-year-old Jamal Blackman will make the step up to the bench.


BBC Sport quotes Mourinho as saying: “Courtois was injured in a training session with goalkeepers. I cannot tell you much but I can tell you he needs surgery in his right knee and will be out for quite a long time. The doctors have to be more specific but I think today we will be ready to give more information.

“It is a big blow, it is not easy to have the best goalkeeper in the world injured but it’s easy to have one of the best in the world to play and we have Begovic to play. I’m very sad for Thibaut and the team but we have a top keeper – Begovic will be in goal.” 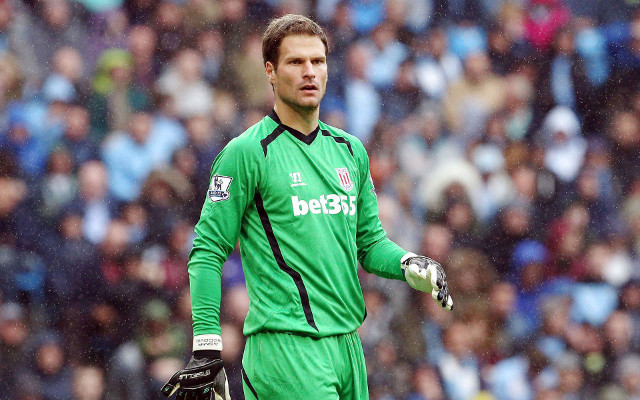 Blackman had yet to play for Chelsea’s first team and made his only senior competitive appearance in the League Cup for Middlesbrough last season, but Mourinho is keen to give a young Englishman a chance.

Mourinho added in his Friday press conference: “The third goalkeeper is always a complicated situation because it can be that you don’t sit on the bench once all season. In my first spell here, Hilario was third choice and he played against Barcelona in the Champions League.

“Our decision was the third goalkeeper would be a young English goalkeeper behind two fantastic goalkeepers and we think that’s a normal situation. Now Jamal becomes the second. He was on loan at Middlesbrough and didn’t play once in the Championship. He has no experience but he has potential. I just lost a goalkeeper, I want to be positive.”

It is interesting to see Mourinho describe Courtois as “the best goalkeeper in the world”. A certain Manuel Neuer may have something to say about that, but Begovic certainly has big shoes to fill.

Courtois was good enough to usurp long-standing number one Petr Cech, now at Arsenal, last term, and was nominated for PFA Young Player of the Year for his part in Chelsea’s Premier League triumph.

Despite his tender age, Courtois has already lifted titles in Belgium, Spain and England, and won the Europa League and reached the Champions League final in successive seasons with Atletico Madrid.

Although Begovic is one of the Premier League’s most respected keepers, his continental experience is limited to five Europa League games and he now faces being thrown into the Champions League fire.

The Bosnian showed his shot-stopping prowess while duelling with Sergio Aguero in his only previous Blues appearance – when Courtois was suspended for the 3-0 defeat by Manchester City.

But there will be concerns that he is not as adept with his feet as his colleague, and Chelsea fans may be worried about more errors like this one in pre-season against New York Red Bulls.

And, with the champions already eight points behind Chelsea, they cannot afford many more mistakes. Begovic must ensure that Mourinho’s side are still in touch whenever it is that Courtois returns.