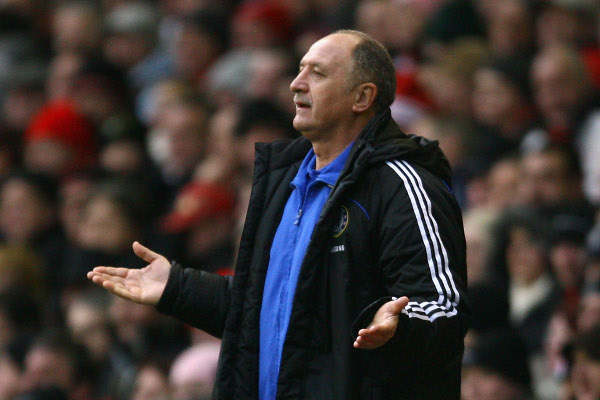 Scolari or ‘Big Phil’ as he was affectionately known is possibly the prime example of a successful international manager who couldn’t transfer that success to domestic football.

The Brazilian had great spells with his home nation – leading them to World Cup glory in 2002 – and Portugal in the mid-2000s, although the Blues were his first big club appointment.

It was widely thought that Scolari would bring the same kind of success Mourinho had but missing out on Robinho to Manchester City seemed to serve as a metaphor for the manager’s tenure.

Home defeats to Liverpool and Arsenal (the first the club had suffered in the league since 2004) and a 0-0 draw with Hull City confirmed Scolari’s sacking just 244 days after being hired.