Everton, Manchester United and Newcastle United could all finish fourth.

It’s becoming increasingly apparent that the Premier League title is going to be fought between Arsenal, Chelsea and Manchester City this season.

However, that means that there is one more Champions League place up for grabs and a mini league is forming to see who will grab the last spot.

Here are the arguments for and against the five hopefuls. 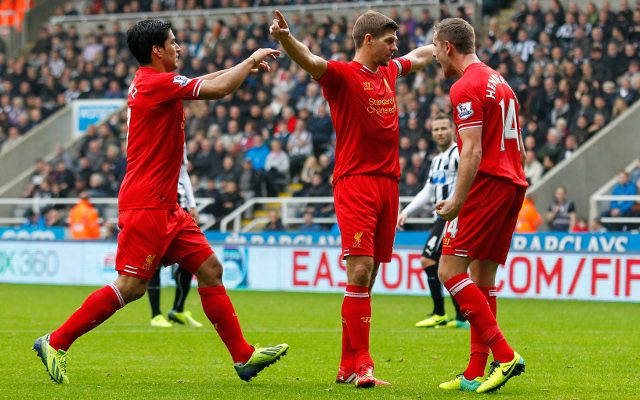 For – Manager Brendan Rodgers finally seems to have the side playing well, but without beating around the bush there is one main reason the Reds are where they are – Luis Suarez.

It’s less a slight on the other players and more a showing of how superb the Uruguayan is that this is the case, but Suarez’s form from now until May could dictate the outcome.

Against – Unfortunately injury to midfielder Lucas Leiva has shown up just how much the squad is lacking depth, particularly in midfield.

The fact that the Blues have stolen the march on the Merseysides once again in the transfer market to sign Mohamed Salah will only add salt to the wounds as well.