The two clubs have shone in October and this starting XI reflects it.

The third month of the 2013/14 Premier League season passes and as such fanatix have decided the Team of the Month for October.

It’s difficult to look past Southampton ace Artur Boruc for this position, with the Pole having kept two clean-sheets from three matches and conceded just the one goal – and that was at Old Trafford against Manchester United. 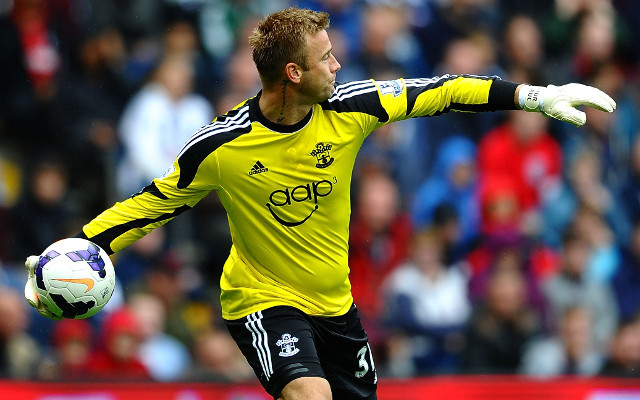 The only real candidate to beat the Saints star is Everton’s Tim Howard, but Boruc takes this one.

There’s a little bit of cheating with the full-backs in this back four, with Arsenal’s Bacary Sagna and Boruc’s team-mate Nathaniel Clyne both making strong cases to be in the side.

Clyne has also been known to play at left-back as well as on the right however and as such we’ve shoehorned the Englishman in there.

In central defence Mauricio Pochettino’s team continue to dominate after such a good showing at the back in October, with Dejan Lovren also getting a place.

To partner the Croatian, it was a tough call between Hull City’s Curtis Davies, Toffees captain Phil Jagielka and Winston Reid of West Ham United.

Yet for helping the Hammers to two clean-sheets and putting in a Man of the Match performance during a 0-3 win over Tottenham Hotspur, Reid gets the place.