Who has been the most creative in the past two years?

The arrival of Mesut Ozil at Arsenal this summer has led many to believe that the assists will start flooding in at the club – with the German having the most in Europe from the past five years.

However, since the start of the 2011/12 season there have been many creative players in the Premier League and here are the top five.

Van Persie is the only out-and-out striker on the list and that is perhaps a testament to just how much the Dutchman brings to a side.

Not only is the 30-year-old prolific in-front of goal, but the forward also provides to team-mates – which has been shown at both United and the Gunners.

The Ecuador international has been perhaps United’s most consistent winger of the past few years, with both Nani and Ashley Young showing indifferent form.

Valencia is also the only one of the trio to be regularly relied on to start big matches and with these stats it is easy to see why. 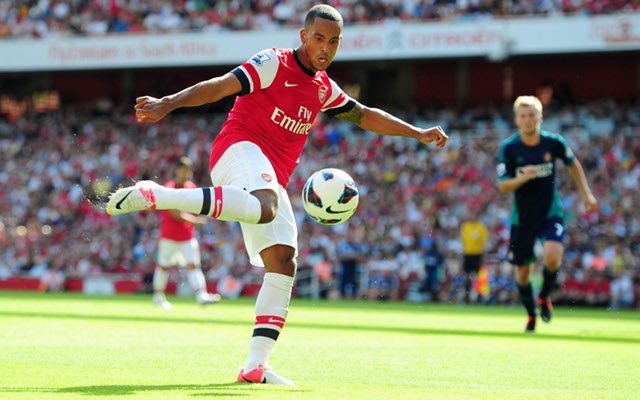 Since crash-landing in Sven Goran Eriksson’s England squad in 2006, Walcott has managed to survive the pressure at the Emirates Stadium and become a key first team player.

Although the 24-year-old always insists the Englishman wants to be played as a striker, it’s clearly on the wing where Walcott’s pace and skill is most potent.

Silva was one of City’s first big name purchases when arriving from Valencia in the summer of 2010 and the Spain international hasn’t let the Citizens down.

Despite an influx of talent at both the Etihad Stadium and on the international stage, the 27-year-old continues to be a first choice player.

Take note Jose Mourinho, the skillful Spaniard has more assists than any other player since the summer of 2011 and this season the midfielder has only started one game.

Despite being a stalwart in the Blues side up until Mourinho taking over, bewilderingly the Portuguese maestro doesn’t seem to rate the 25-year-old.