The Spurs stars that shined during a late victory.

Tottenham Hotspur secured a win in dramatic fashion against Cardiff City in the Premier League, by scoring the only goal of the game in the 93rd minute.

It was hardly the most dominant performance from the north London outfit, but three points away from home puts Spurs level at the top of the table with rivals Arsenal.

Here are the best Tottenham players of the day from fanatix.

The goalkeeper was actually lucky to stay on the pitch after handling the ball outside of the area within the first 10 minutes, but went onto produce a classy display.

Spurs have only conceded once in five matches in the league and Lloris is largely to thank for that with great reflexes and a domineering presence.

The France captain has been superb for Tottenham since joining from Olympique Lyon last summer and is a truly world-class stopper.

The match winner had another solid match in the middle of the park, where the Brazilian is becoming more greatly recognised for defensive duties rather than attacking.

However, it was the South American’s nifty back-heel deep into injury-time that secured maximum points for the away team and Paulinho is looking worth every bit of the £17m transfer fee. 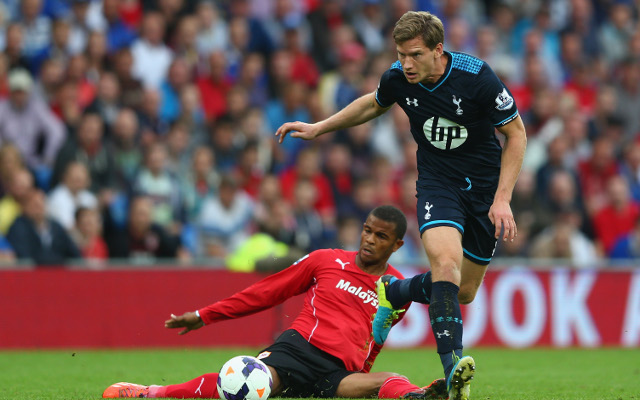 Another fine display for the Belgium international as although the Spurs goal was rarely threatened, the 25-year-old did a good job of stifling Cardiff.

Vertonghen looks like a superb modern defender, who not only brings physical strength but is also classy and assured on the ball.