Reigning premiers starting to find their groove in the AFL.

An astonishing 11-goal third-quarter blitz from Sydney stunned North Melbourne before the AFL premiers ran out 39-point winners at Bellerive on Saturday.

Demoralised North Melbourne, who let Geelong run them down from 41 behind last weekend, are 0-3, while the Swans are unbeaten after early-season wins over strugglers GWS and Gold Coast. 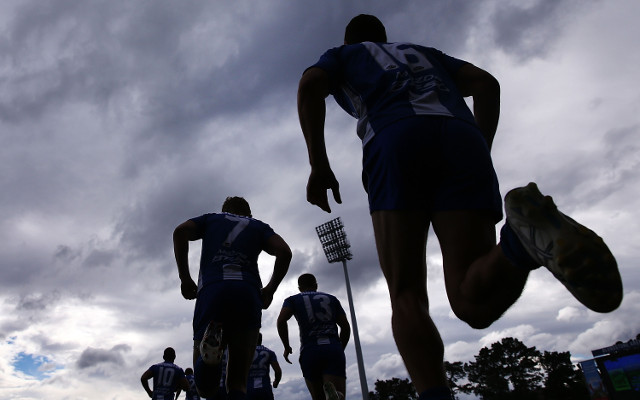 The Kangaroos were impressive early and led by four at the first break and 50-36 at halftime.

But they had no answers as the premiers hit the accelerator to go to the final break ahead 106-59.

North tried to salvage something and booted the first three goals of the last as the Swans’ pressure eased off, but it was too little too late.

Jude Bolton finished with four for the Swans, his first three coming at crucial times in the first half to keep his side in it, while Daniel Hannebery kicked three and Adam Goodes and Luke Parker bagged doubles. 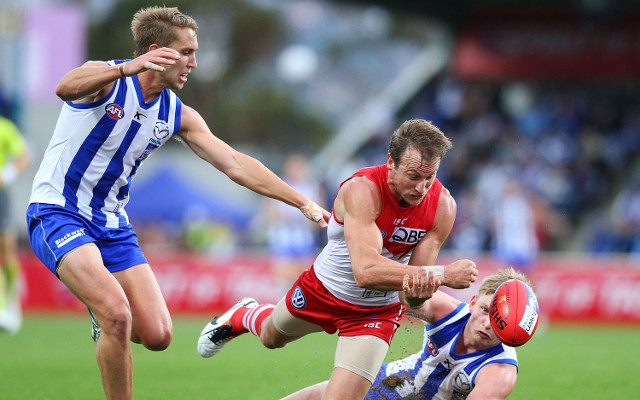 Bolton had two by quarter-time but the Kangaroos led 26-22 after booting four majors to three.

The Kangaroos looked in control as flowing movements resulted in the first two goals of the second term through Thomas and Tarrant.

But in a near carbon copy of the first quarter, the Swans hit back with consecutive majors from Bolton, who bent a snap superbly, and Parker before Tarrant’s second made it 50-36