St George Illawarra outclassed as they had no answers for a rampant tri-colours side.

The Sydney Roosters have moved back into second place on the NRL ladder after thumping the St George Illawarra Dragons 36-0 at Kogarah Oval.

It was the Roosters fifth consecutive win, the last time the side did that was in 2002 when the went on to become the premiers.

As impressive as the Roosters were again in attack and defence, St George Illawarra are in a nose-dive.

The loss for the Dragons, their 11th from 15 games, will pile more pressure on coach Steve Price to turn the side around or face the axe. 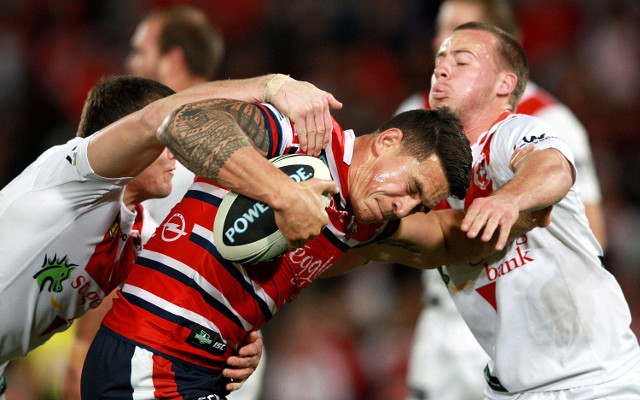 The Roosters were on the board with their first touch of the ball as Daniel Tupou, Michael Jennings and James Maloney combined on the left edge to make it 6-0.

In worrying signs for the Dragons, Boyd Cordner split two defenders to reach out and slam the ball down as the score quickly became 12-0 in as many minutes.

Jennings later cruised 70 metres for another try after a Dragons kick did not make it through the line as the Roosters pressed home their advantage. 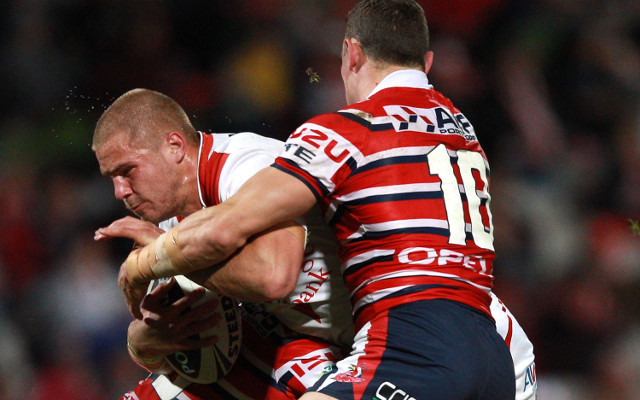 Penalties kept the Dragons in the contest, despite being down by 18, as the away side gave away five for the first half, continuing their discipline problems this season.

Sonny Bill Williams did not take the field in the second half due to a hamstring strain in what was a precautionary move by the Roosters but they did not need their duel-code superstar as his side went on with the job.

The Dragons continued to struggle with their short kicking game with their options often not making it through the Roosters’ defensive line, and then they did, they sailed over the dead-ball line. 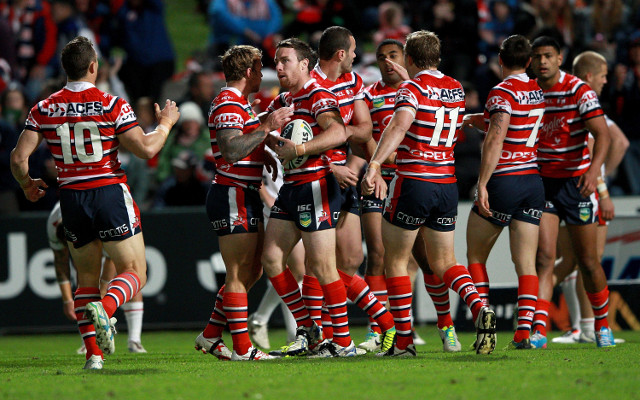 Sydney got the perfect start to the second half when Shaun Kenny-Dowall reached out and scored after the Dragons failed to defuse a bomb to make it 24-0.

Mitchell Pearce continued the rout as he sliced through the Dragons’ line before setting up Aiden Guerra for the try to officially make make the game a blow-out as the margin reached 30 with 26 minutes left.

Winger Tupou joined the procession as he scored his side’s sixth try of the game as the Dragons turned into a rabble as they fell behind by 36. 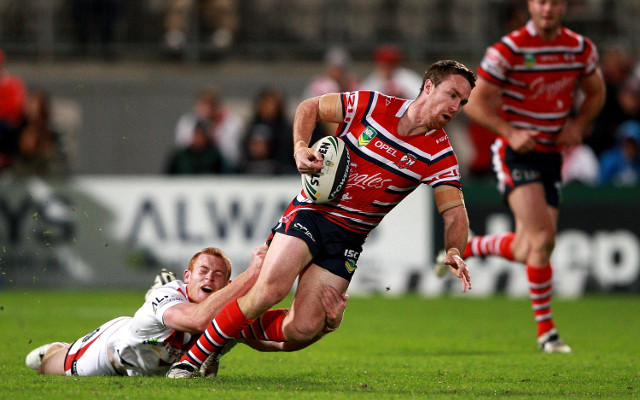 Tupou went close to scoring his double soon after with only the desperate Dragons’ cover defence keeping their opponents from cracking the 40-point mark.

The Roosters have a chance to rest up next round as they have the bye while the Dragons will be out to figure out how to save their season during their week off.