How the Tottenham stars rated in a confident victory over Swansea.

Tottenham Hotspur maintained their brilliant form under manager Tim Sherwood with a convincing 1-3 victory over Swansea City at the Liberty Stadium.

A brace for the in-form Emmanuel Adebayor and an own-goal from Chico Flores helped seal the win, with Wilfried Bony netting a late consolation.

Here’s how the Spurs stars rated: 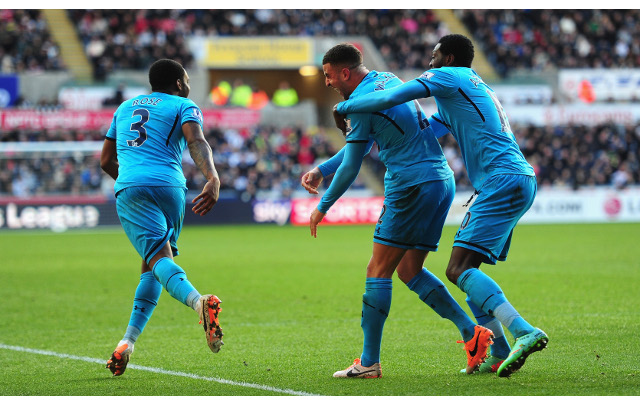 When called upon the France international was safe and secure, denying both Jonjo Shelvey and Bony and could do nothing about the Ivorian’s late strike.

Excelled in this game as the right-back was given freedom to roam forward and support the attack and put in the ball that was turned into the net by Chico.

Didn’t look strong enough to compete with the bustling Bony, but did well to regain composure and stay on the pitch after a clash of heads with the striker.

A solid game for the Englishman, who did well to put the ball into Adebayor for the forward’s second, but also earned a silly booking and lacked composure in attacking positions.