Australian side creates history early in the season.

Melbourne Rebels posted their biggest win in Super Rugby with a 35-14 victory over South Africa’s Central Cheetahs in Melbourne on Friday.

The Rebels, with skipper Scott Higginbotham in outstanding form, scored five tries to two for a bonus-point win over the Cheetahs.

It was Melbourne’s first win in four meetings with the Cheetahs and an encouraging opening game to their Super 15 campaign.

The Rebels dominated the South Africans in the first half to lead 17-0 at half-time and withstood the Cheetahs’ comeback to 24-14 before pulling away in the final 10 minutes.

Quick thinking by Higginbotham created his team’s second try with a high kick to the right corner for fullback Jason Woodward to score, and the big number eight finished it off with a try in stoppage time after a rousing counter-attack.

“It’s a great way to start the season, it’s nice to get a bonus point and they really came back at us in the second half, credit to the boys, they really held on,” Higginbotham said.

“We got them on the back foot and it really started to open up for us.”

Melbourne began strongly and scored two tries in the opening 20 minutes before former Wallaby scrum-half Luke Burgess darted over from a ruck close to the Cheetahs’ try-line to stretch the lead to 17-0.

The Cheetahs hit back early in the second half with replacement Jean Cook scoring off a maul.

But despite losing open-side flanker Scott Fuglistaller to a yellow card in the 51st minute they clinched a four-try bonus point through Bryce Hegarty.

The Cheetahs scored their second try through replacement Ryno Barnes to get within 10 points but the home side finished strongly with their fifth try coming deep into stoppage time through Higginbotham.

“We were very lethargic, especially in the first half, and we weren’t there in attack, we didn’t ask any questions of them,” Cheetahs skipper Adriaan Strauss said.

“Credit to the Rebels, they got a lot of yards on us in attack and they made us pay.

“We were shocking at ruck time, we lost possession three or four times from the set phase in the first ruck and we couldn’t get any plays going.

“They definitely upset today, especially at the breakdown.”

The Cheetahs stay in Australia where they will take on Queensland Reds in Brisbane next Friday, while the Rebels travel to Perth to take on Western Force. 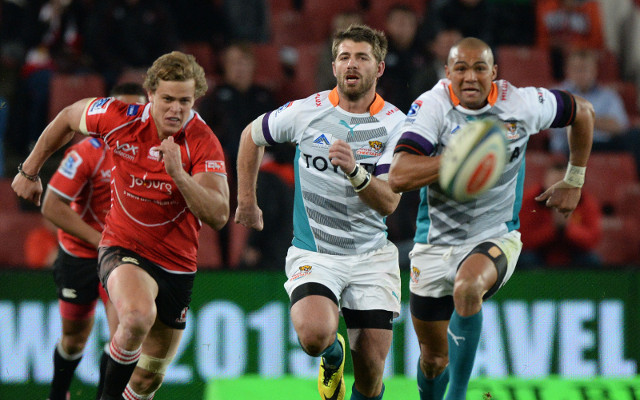