Analysis of the Premier League clash between Sunderland and Arsenal.

Things aren’t going very smoothly for Sunderland currently, as just one point from three Premier League matches might not get any better as they face an in-form Arsenal.

After a disappointing 1-3 loss at home to Aston Villa on the opening day of the season, the Gunners have been in great touch and have won four successive games in all competitions since.

These two clubs met on the opening day of the 2012/13 season and the Black Cats surprised many by securing a point at the Emirates Stadium.

The Gunners then went onto beat the north east team in this fixture last term and the last time Paolo Di Canio’s men won against the side from north London was in February 2012.

Emanuele Giaccherini v Kieran Gibbs – The Italian arrived at the Stadium of Light with a lot of positivity surrounding the winger, due to international experience and a domestic career with Juventus.

Giaccherini has looked good so far and has netted for the club, meaning young full-back Gibbs will probably have a busy afternoon.

Olivier Giroud v Modibo Diakite – After being criticised during the Frenchman’s first season at the Emirates, Giroud has now developed into a reliable forward and has netted in every league match so far.

With John O’Shea banned and Wes Brown injured, new signing Diakite will be asked to bring some experience to the back and try and keep the France international quiet. 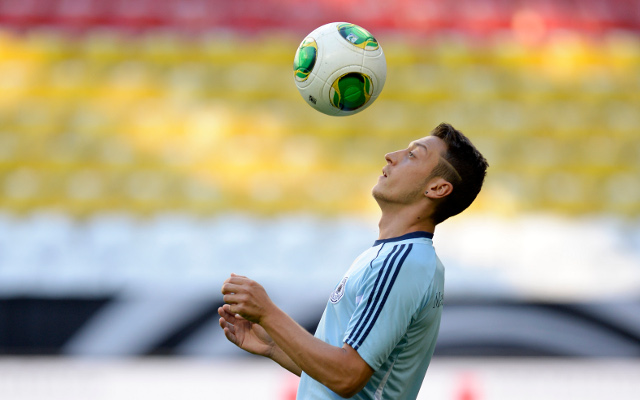 Mesut Ozil v Cabral – If the former FC Basel midfielder plays, the defence-minded Cabral could be given the sole job of trying to mark new £42.4m signing Ozil.

The German has a lot of expectation riding on the 24-year-old’s shoulders and with reason, as a club record fee and 81 assists in three years at Real Madrid means the attacking midfielder is a handful.

The talk is all about the first appearance of one man and that is Ozil – someone Di Canio could probably have done without having to face.

However, loan duo Fabio Borini of Liverpool and Swansea City’s Sung-Yong Ki could be in line to play for the hosts, as could former Reds man Andrea Dossena who arrived from Napoli on transfer deadline day.