Slight knock in game against Bulls flares up old problem.

Lakers point guard Steve Nash, playing his third game since missing 39 because of nerve-related pain, exited a 92-86 loss by Los Angeles to Chicago Sunday with pain in his left leg.

Canada’s Nash, a two-time NBA Most Valuable Player, was on the floor for just over 21 minutes before departing in the third quarter after receiving a bump to the leg near the same spot where he broke a bone last season.

Nash got kneed in the exact spot by Hinrich that the nerve root issue was, “just immediately the nerve was on fire.”

Nash is hoping that the nerve will be settled down when he gets up tomorrow & he’ll be able to return to action.

“It just got me right on the nerve,” Nash said, adding that he didn’t think his early exit from the game signalled he would be sidelined for long.

“It’s just all part of the process. It’s just a short little setback.”

Joakim Noah had 20 points, 13 rebounds, three blocks and two steals for the Bulls.

Taj Gibson scored 18 points and pulled down six rebounds with two steals and two blocks for the Bulls, who completed a six-game Western Conference road trip 3-3. 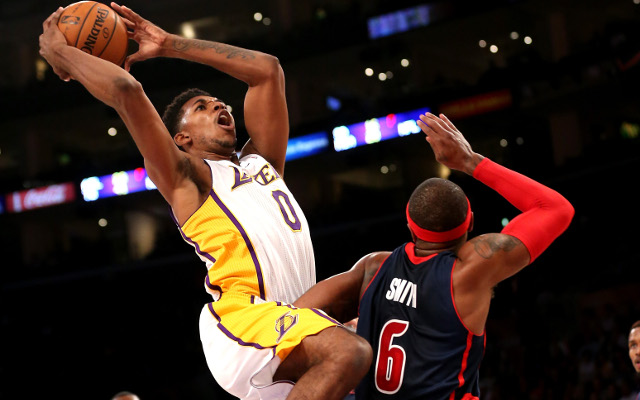