Dragons stay composed despite pressure from Wayne Bennett’s side in second half.

The St George Illawarra Dragons fought out a gritty 19-16 victory against the Newcastlle Knights in round five of the NRL at WIN Stadium.

Behind 9-0 at half-time, the Knights looked on the verge of causing a massive come-from-behind upset as they celebrated tries from Daruis Boyd, Akuila Uate and Timana Tahu.

However, it was the Dragons who continued their mini resurgence as they secured their second win in as many games.

The Dragons opened the scoring after returning Knights star Kurt Gidley gave away a penalty for being inside the 10, with Jamie Soward potting the attempt to give his side a 2-0 advantage.

That lead grew to eight when a nice pass from Matt Cooper found the flying Brett Morris who touched down just inside the sideline, with Soward’s accurate conversion giving the home side a handy buffer.

Just to add a cherry on top of the Dragons’ solid first half, Soward potted a long-range field goal to give them a nine-point lead at the break.

Playing against his former side, Boyd started the comeback for the Knights in the second half when the fullback scored eight minutes after the resumption. 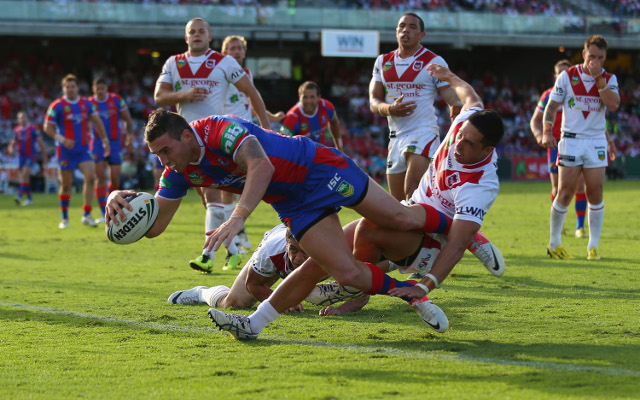 St George coach Steve Price was forced to reshuffle his team when Gerard Beale left the field with a knee injury, seeing him shift Soward to fullback and Josh Drinkwater to the halves in his NRL debut. 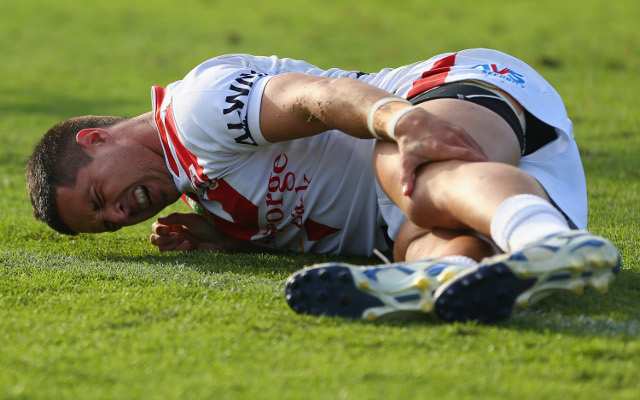 Jason Nightingale hit back for the home side and the Dragons were over again nine minutes later through young back-rower Tyson Frizell, who scampered home after Boyd was clattered by Morris and Nathan Fien to knock the ball loose.

However, Tahu kept the home fans on the edge of their seat when he scored with 15 minutes remaining with the Gidley conversion setting up a thrilling finish.

However, the Knights record on the road took another hit as the brave Dragons hung on for another morale boosting victory after their shocking start to the season.