Rabbtiohs prove too good for the Knights despite missing their big names.

The South Sydney Rabbtiohs showed they will handle the State of Origin period well in the NRL, after earning a hard-fought 25-18 victory over Newcastle at ANZ Stadium.

With the likes of Greg Inglis in camp ahead of the first Origin game, the Rabbtiohs bounced back well after a sluggish start to finish over the top of the visitors.

However, the Knights showed they are still a team to be feared, but poor handling and a lop-sided penalty count came against them and contributed heavily to their fifth loss of the year.

Alex McKinnon opened the scoring for the Knights and the game, when he strolled acros the
line to make it 6-0 despite the last pass looking to be well forward. 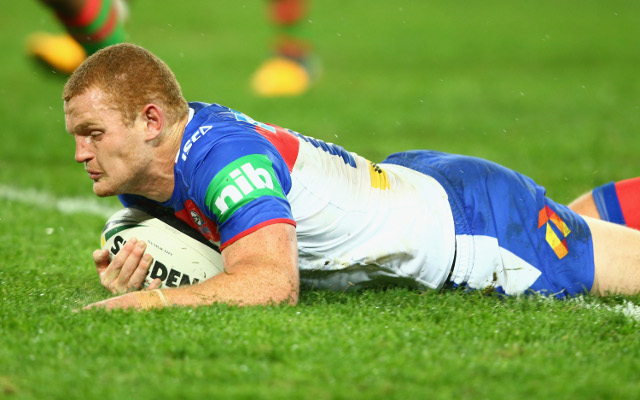 Jarrod Mullen put their side back on the front foot after he nailed a 40/20 kick and off the back of another nice pass by Kevin Naiqama to Josh Mantellato, saw the mature debutant score in the score.

South Sydney found themselves down by 12 points after just 18 minutes with the Rabbitohs side
tested without their State of Origin stars.

The Bunnies started to earn penalties coming out of their own half to give them a good attacking platform, but they were unable to captalise.

That was until John Sutton displayed what the New South Wales selectors missed out on by not picking him, as he showed strength and good footwork close to the line to barge his way over.

Adam Reynolds slotted the easy conversion as the home side made the margin just six.

Again off a penalty earned, Souths used a well-worked move that saw Nathan Merritt hold up a pass just enough to put Beau Champion into a yawning gap as the game became all locked up.

However, Souths undid much of their good work by coughing up the ball on the first tackle from the restart.

The game was held up for several minutes when McKinnon was treated for what looked like an ankle injury, after it was caught awkardly in a tackle. 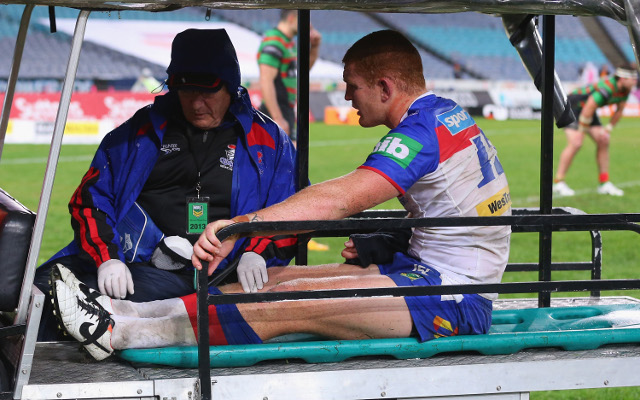 Souths leading the penalty count 7-1 at half-time, in what was a big reason why the Knights
were unable to go on with their hot start to the game as the sides remained locked 12-all at the break.

Both sides went toe-to-toe early in the second half, but a further penalty to Souths, making the count 8-2 after 53 minutes, gave the home side a chance to grab the lead for the first time.

And George Burgess showed he did not need a second invitation, with the barnstorming forward scoring his fifth try season of the year as Newcastle defenders simply bounced off him.

After an awkward collision, Champion was taken from the field with an ankle injury, with Issac Luke put in report for a shoulder charge in the 61st minute.

Soon after a surging bust up the middle by Luke from dummy-half, Souths shifted the ball to the left wing as Dylan Walker slid across to give his side a 12-point buffer.

However, a cheap turnover off the restart by Souths’ Jason Clark led to James McManus scoring off the back of the scrum to keep his side in the game.

McManus’ try was his 11th for the season as he went to the co-lead in the NRL, with the Knights winger scoring eight four-pointers in the last seven games.

However, Souths halfback Reynolds put an end to the Knights’ chances, as he nailed a 45 metre field goal to give his side a seven-point lead with just two minutes left.

South Sydney have the bye next next weekend for the first time this year while Newcastle will look to stay in the top eight when they tackle St George Illawarra at Hunter Stadium.