Key playmaker to be given new lease of live for 2014 season.

He has been South Sydney’s first-choice five-eighth for the past 119 games but John Sutton could be shifted for Thursday night’s massive season-opener against Sydney Roosters at ANZ Stadium.

Rabbitohs coach Michael Maguire is strongly considering playing Sutton in the middle third of the field at lock.

That would mean centre Dylan Walker would shift into five-eighth for a match which could attract up to 50,000 fans.

Sutton first started playing five-eighth for Souths in round 25, 2008. He has pretty much been the red and green number six every since.

Young Luke Keary was being groomed to play five-eighth before he was struck down pre-season with a torn pectoral muscle.

Maguire though may not push Sutton back to five-eighth, instead ready to name him in the forwards with Walker to number six.

The Souths coach will officially name his side on Tuesday afternoon.

Sutton was also a success playing halfback in the Charity Shield against St George Illawarra in WIN Stadium, Wollongong.

He worn jumper 13 but played halfback in place of regular Adam Reynolds, ruled out with a knee injury.

Reynolds hasn’t officially been cleared to play the Roosters but is expected to be ruled fit.

If ruled out, Sutton could then be moved into halfback.

During the season, Sutton will be a ball-playing back-rower.

Bryson Goodwin and Beau Champion are expected to be named in the centres, Nathan Merritt and Lote Tuqiri on the wings with Greg Inglis at fullback. 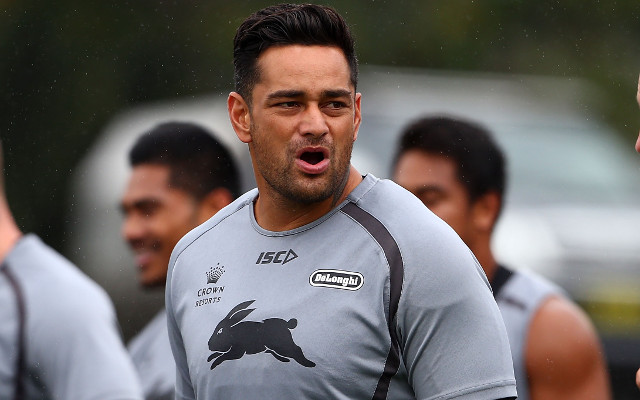 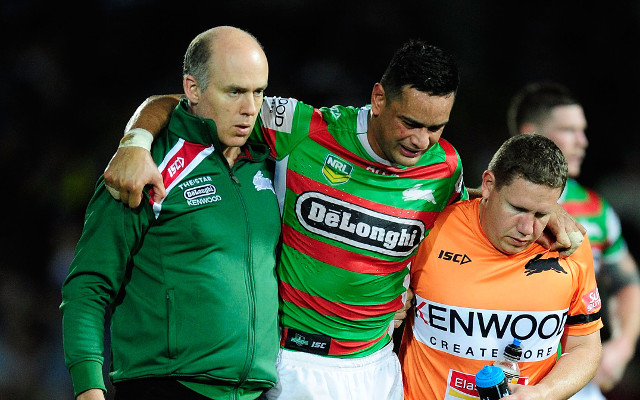 South Sydney Rabbitohs suffer another injury to a star player