Springboks coach tips changes for his side to play the Wallabies this weekend.

South Africa will make changes to freshen up their team in a bid to end a losing run against the Wallabies in Brisbane this weekend.

The Springboks have never won in eight Tests in the Queensland state capital, including seven since the inception of the Tri Nations/Rugby Championship in 1996.

Meyer said he needed to freshen up his starting team to cope with a taxing travel schedule, which includes flying from Argentina to South Africa to Australia to New Zealand.

The Boks have come off back-to-back wins over Argentina in the Rugby Championship but were forced to fight all the way as they scraped in 22-17 in Mendoza on August 25.

“There will be a few changes, mostly due to rotation, and also we want to have the most fresh as possible team on the field,” Heyneke Meyer said.

“We’ve travelled a lot… and we’re going to play three away matches on the trot and we have to travel for all three so it’s important to have fresh guys.”

While Wallabies coach Ewen McKenzie has been keeping his selection options to himself, the Springboks expect Quade Cooper to start at fly-half instead of Matt Toomua, renewing his Queensland Reds partnership with scrumhalf Will Genia.

“I think it’s just a matter of time when he comes back, just hopefully not against the Boks,” Meyer said.

“A player like that I would love to have in my team. I just believe if Cooper plays well and Genia plays well then the Wallabies play well.”

The Wallabies have lost both their opening matches in the southern hemisphere tournament to New Zealand in McKenzie’s first Tests as coach since replacing Robbie Deans. 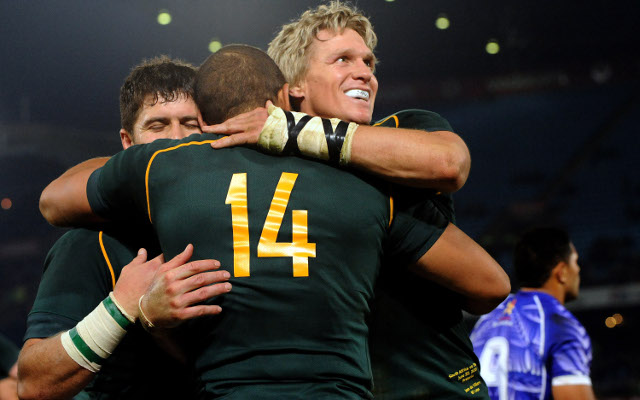