With the new Premier League campaign just eight days away, Tottenham finished their pre-season with a 1-1 home draw with Espanyol.

We take a look at five noteworthy conclusions from the clash.

5. Danny Rose is exciting – but raw

With Benoit Assou-Ekotto injured, Danny Rose looks likely to start at left-back against Crystal Palace on Sunday week. After an impressive season on loan at Sunderland, the 23-year-old has been an ever-present for Spurs during pre-season and there were signs against Espanyol that Rose could make Spurs’ troublesome left-back spot his own this term.

His link-up play with Mousa Dembele and new boys Nacer Chadli and Paulinho was very promising and he caused plenty of problems for Espanyol’s back four with consistent marauding runs up the flank, winning Spurs a first half penalty. Like the rest of the hosts’ defence, Rose was rarely troubled by the Spaniards but there were also signs he could grow into an outstanding defender (considerable credit must go to Harry Redknapp, who converted Rose from a winger to a full-back).

But Rose also showed some concerning signs of inexperience, losing possession needlessly on more than one occasion and once giving away the ball with a dangerous right-footed clearance across his own box. Rose’s minor errors went unpunished but the Premier League is unforgiving and Andre Villas-Boas may be tempted to opt for the more experienced Assou-Ekotto when the Cameroonian returns to fitness.

4. Spurs should reap the rewards of doing their summer business early 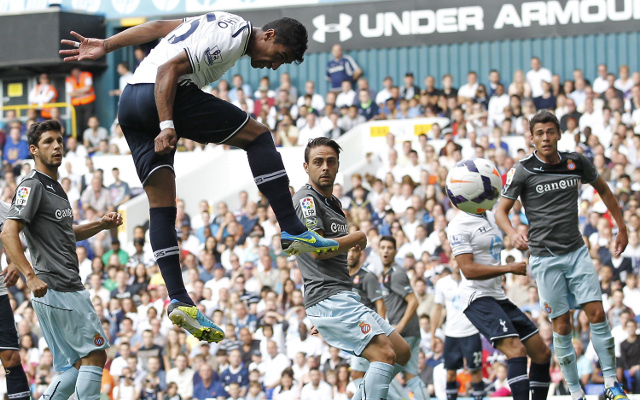 With neighbours Arsenal still yet to spend a penny, Spurs have acted with uncharacteristic speed in the transfer market. Tottenham’s chairman Daniel Levy is renowned for his deadline day dealings but it could be a relatively quiet 2 September on Hotspur Way this year, with Chadli, Paulinho and Roberto Soldado all signed and Etienne Capoue’s arrival imminent.

There is compelling evidence that Spurs would have played more Champions League football in their history had Levy acted in the same way during the previous two summers, and Andre Villas-Boas’ side are already benefitting from the early business. Captain Michael Dawson spoke after the Espanyol draw of his delight at the new arrivals and there were signs on the pitch that the trio have settled well and will feature against Palace.

Nacer Chadli, who has spent most of pre-season with Spurs, already looked familiar with his teammates, linking-up particularly well with Rose on the left flank. Paulinho, too, appeared at ease alongside Mousa Dembele, suggesting Villas-Boas has paired the duo up in the training ahead of the start of the new campaign. With three Premier League matches before deadline day, such preparation could prove vital in picking up crucial early points, particularly with Arsenal and Man United floundering in the transfer market.

Spurs’ three summer signings so far – Chadli, Paulinho and Soldado – have pointed towards a change in Villas-Boas’ formation this season. The Portuguese employed a 4-2-3-1 for the vast majority of last season but is known to favour the 4-3-3 that served him so well at Porto.

In Tottenham’s dramatic 3-1 win over Man City in April, Villas-Boas changed the game by introducing Lewis Holtby and Tom Huddlestone on the hour, switching to a 4-3-3. Huddlestone and Holtby formed a tight unit with Dembele, while Gareth Bale and Clint Dempsey flanked Jermain Defoe in a fluid front three. City could not cope with the change and Spurs produced a remarkable turn around to win 3-1, with Dempsey, Defoe and Bale all on the scoresheet.

With the new trio on board, it was speculated that Villas-Boas would adopt the formation permanently, with Sandro, Dembele and Paulinho as a powerful and imposing triumvirate, and Soldado supported up front by Chadli, and either Gareth Bale or Aaron Lennon.

But with Sandro still not match fit, the head-coach stuck with 4-2-3-1 against Espanyol, as Dembele and  Paulinho sat deep and three attacking midfielders supported the lone Soldado. It would be a surprise if Spurs did not line-up this way against Palace, while the impending arrival of Capoue – a defensive midfielder – also points to Villas-Boas’ desire to persist with two holding players. 4-3-3 remains, at least, a superb Plan B.

2. Soldado looks worth every penny 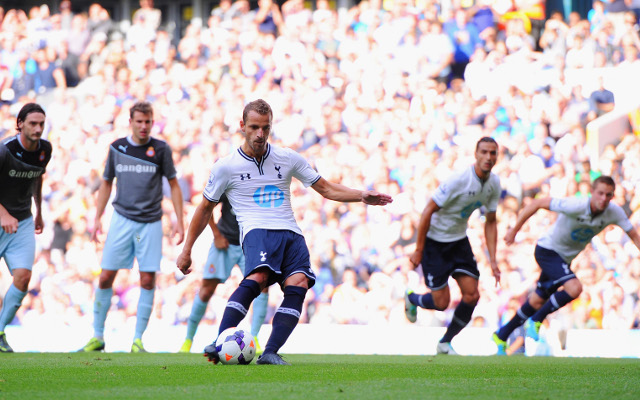 With all the talk about Gareth Bale, it’s gone relatively unnoticed that Spurs have finally shelled out on a proven goalscorer of the highest quality. Last season, Jermain Defoe and Emmanuel Adebayor laboured up front, the former willing but ill-equipped for the lone striker role, the latter frankly disinterested. But in an hour against Espanyol, Soldado showed every sign that he’ll be perfect for Villas-Boas’ set up.

The Spaniard played perfectly as the lone striker, combining a directness and desire to play on the last man, with a willingness to come deep, pick up the ball and launch attacks using Spurs speedy wide men. The goal will do the 28-year-old’s confidence a world of good ahead of a tough test at Selhurst Park.

Spurs have already done some impressive summer business but the return to fitness of two of the current crop could be equally as important to their season. Younes Kaboul played the first two matches of last season before being ruled out with a knee injury, while Sandro was sidelined from January.

The duo both played the second half against Espanyol, which will encourage Spurs fans that they could be in contention to start the North London derby on 31 August. While Zeki Fryers showed promise, Kaboul’s arrival instantly gave a more imposing feel to Spurs back four and the Frenchman was influential at set pieces at both ends of the park.

Like Sandro, Kaboul was rusty but with Jan Vertonghen currently sidelined and Steven Caulker departed, his return will be crucial, particularly with Spurs looking vulnerable at defending balls into the box. The Brazilian meanwhile was perhaps Spurs most important player before his injury and his return to a team that now includes compatriot Paulinho is a frightening prospect for the North Londoners’ rivals.