Simenon is bidding to become the third Irish horse to win Australia’s Melbourne Cup on Tuesday on the 20th anniversary of Vintage Crop’s trailblazing triumph.

The Ascot Gold Cup runner-up is well in the betting at 15/1 behind the 13/2 pre-post favourite Fiorente and is trying to emulate the wins of Vintage Crop in 1993 and Media Puzzle in 2002, both trained by Dermot Weld.

Weld is credited with transforming the Melbourne Cup into an international event with Vintage Crop’s breakthrough victory 20 years ago, and some of the racing world’s biggest stables have been lured by the Aus$6 million ($5.7 million) prize money on Tuesday.

Simenon, a seven-year-old gelding, was beaten by Queen Elizabeth II’s horse Estimate in the Ascot Gold Cup over 4,000m in June and followed that as runner-up to Godolphin’s Ahzeemah in the Lonsdale Cup over 3,300m at York in August.

In his only run in Australia in preparation, Simenon finished a close third over 2,400m at Melbourne’s Caulfield racetrack last month.

”He ran in the Herbert Power (Caulfield) and came out of it great and because he’s been holding his condition so well, we’ve been able to get all the work into him,” Simenon’s groom Emmet Mullins said.

”He’s just thriving at the moment. It’s a great relief to see how well he’s doing and I don’t even think he realises he’s left Ireland.”

History is against French runner Dunaden winning a second Melbourne Cup and the Mikel Delzangles-trained eight-year-old will carry top-weight of 58.5 kg (9.2 stone), which is 4kg more than when he won in 2011.

“He loves Flemington and we know he runs well fresh like last year,” Sheikh Fahad said. “So he can do it again Tuesday. His preparation has been fantastic so we’re looking forward to it.”

“I think everyone has also forgot about Dunaden,” Dunlop said. “He looks amazing and he’s a classy, classy horse. He could defy all the weight he’s carrying.”

Dunlop infuriated prominent local racehorse owner Lloyd Williams by suggesting that as he has six runners, he might employ some dubious tactics on Tuesday.

Williams’ six starters in this year’s Cup is a record for one owner.

”I hope Mr Williams isn’t allowed to boss this race,” Dunlop told reporters. ”It is not ideal, let’s not beat about the bush. We are drawn wide. I think the most interesting thing is Lloyd Williams’ horses are all very well drawn.”

Williams responded: “It’s extremely bad manners. Frankly, as a visitor to this country I think Ed Dunlop probably should withdraw his remarks. It’s a slight on our integrity in this country and this state.”

Owen, 33, bred and races the horse, who is trained by Tom Dascombe, in Cheshire.

The global Godolphin stable, which has had three runners-up in over 15 years at the Melbourne Cup, is pinning its hopes on Royal Empire, while Mount Athos, Dandino and Ruscello are the other members of the European contingent. 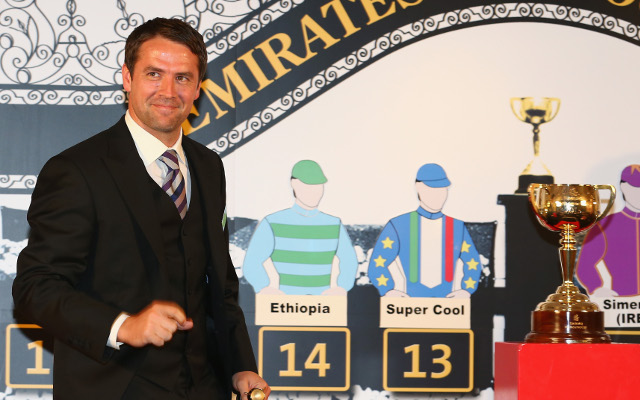 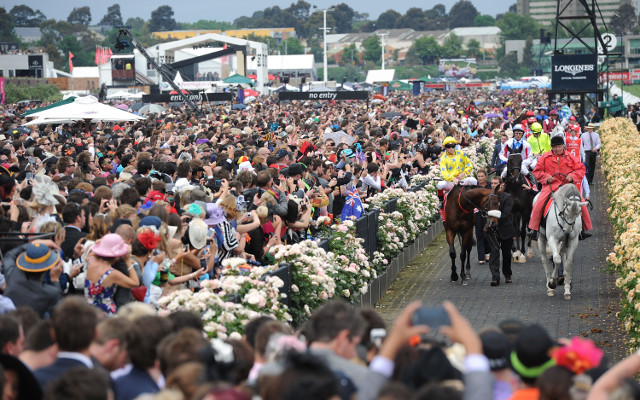