The forward had just made a transfer to Qatar.

There is shocking and sad news as ex-Birmingham City striker Christian ‘Chucho’ Benitez has died at the age of 27-years-old, with no confirmation of the cause as yet.

“URGENT: Death of Ecuadorian striker Christian ‘Chucho’ Benitez would have been due to a cardiac arrest. (News in development)”

The sudden death of the Ecuadorian has come as a huge shock and some reports are that it was caused by complications relating to appendicitis, which then then became peritonitis before leading to respiratory arrest.

This rumour is said to have been confirmed by Benitez’s father-in-law, but other stories suggest that the Ecuadorian died in a car crash – most notably the BBC.

The South American leaves behind his wife and three children.

Benitez is best known to fans in England for the season long loan the attacker spent at Birmingham in 2009/10.

However, last season Benitez was the top-scorer in the Mexican league for CF America with 30 goals in all competitions and earned a £10.3m transfer to Qatari side El-Jaish Sports Club.

The Ecuador international was in the country when his death was confirmed and is a close friend of national team mate Antonio Valencia, who plays for Manchester United.

The news has been confirmed on Ecuadorian Television. 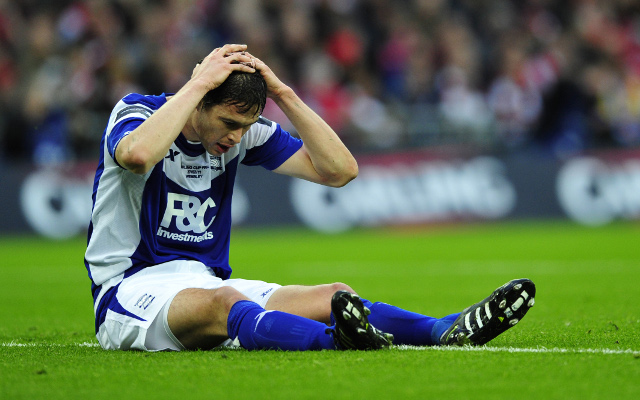