Florence outfit eyeing Spaniard as a replacement for Stevan Jovetic.

The Gunners are widely expected to move for £20m-rated Montenegrin striker Jovetic – who reportedly feels ‘unloved’ by the Fiorentina fans – this summer.

The Seire A outfit are resigned to losing the 22-year-old striker this summer and have the two Premier League hit-men in their sights as they prepare for life post-Jovetic.

Torres cost Chelsea a staggering £50m in January 2011, while City paid Wolfsburg £27m for Dzeko in the same month.

But both players face uncertain futures, with new managers set to take over at Stamford Bridge and the Etihad Stadium in the next month.

Dzeko has only managed 39 Premier League starts for City since his arrival in Manchester but the Bosnian forward has an impressive 14 goals this season, earning a reputation as a game-changing super-sub. 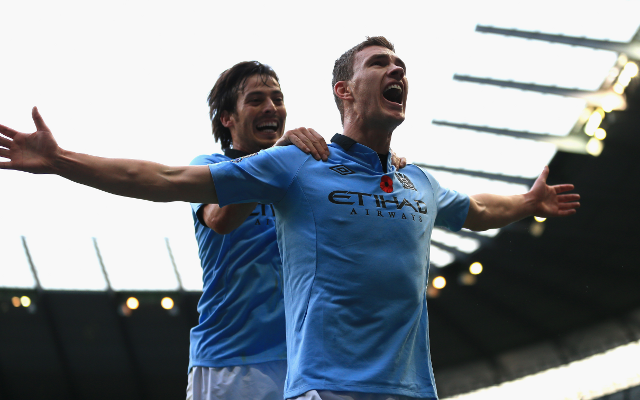 Torres, meanwhile, has again struggled for form this season and of his 16 goals, just seven have come in the Premier League.