Spaniard earns one-stroke lead at 13 under with final hole heroics.

Sergio Garcia swooped for an eagle at the final hole on Saturday to seize the second-round lead at the US PGA Tour’s $8 million Deutsche Bank Championship.

The Spaniard rolled in an 18-footer for eagle at the 18th to cap a seven-under 64 and erase the taste of his only mis-step of the day, a double-bogey on the par-four 14th.

Prior to that he carded seven birdies and was in the clubhouse with a one-stroke lead on 13-under 129.

He was one stroke in front of Sweden’s Henrik Stenson, who matched the low round of the tournament with an eight-under 63 that featured eight birdies, and American Robert Castro, who notched his second straight 65 for 130.

Garcia said he considered skipping the tournament, the second of four events in the US tour’s season-ending playoffs, but wanted to solidify his place in the playoff points standings, especially after some disappointing showings in August.

Garcia came into the week at 59th in the playoff standings, with the top 70 due to advance to the third event, the BMW Championship, in two weeks and only the 30 making the Tour Championship.

“We decided to come here and make a little bit of an extra effort of playing obviously five weeks in a row, which I don’t usually enjoy very much,” Garcia said.

“The summer has been tough,” added Garcia, who has endured a dip in form since the off-course controversy that engulfed him in May over a racially tinged remark involving Tiger Woods.

“It’s been a little bit difficult for me. But I’m trying hard to keep going, to keep doing the right things.

“At the end of the day that’s the only thing I can ask myself for — give my best effort out there. Some days you feel better than others.”

US Open champion Justin Rose headed a group of three players on 133. The Englishman had eight birdies in his eight-under 63 and was joined at nine-under by Americans Jordan Spieth (66) and Harris English (67).

In all 18 players were within five strokes of Garcia’s lead. They included overnight co-leader Phil Mickelson, but only thanks to the British Open champion’s ability to hang in when his game deserted him.

Mickelson survived two bogeys and a double-bogey on the back nine to shoot an even-par 71 and join a group of 11 players on eight-under 134.

“I was able to find it there in the end,” said Mickelson, who rebounded from his double-bogey five at the par-three 16th to finish birdie-birdie.

He said his finish was a confidence booster going into the last two rounds of a tournament that will end on Monday, the US Labor Day holiday.

“But more than that it kept me within striking distance,” Mickelson said. “I could have easily shot myself out of the tournament.”

World number one Woods carded a 67 that put him in a group of 10 players on 135, while Masters champion Adam Scott bounced back from an opening 73 with a 66 for 139.

England’s Brian Davis, who shared the overnight lead with Mickelson, couldn’t replicate the magic of his bogey-free first-round 63, carding a one-over 72 that left him six adrift.

Defending champion Rory McIlroy, without a win in 2013, capped his round with a disappointing double-bogey seven at the 18th. His 71 saw him make the cut right on the number of one-under 141. 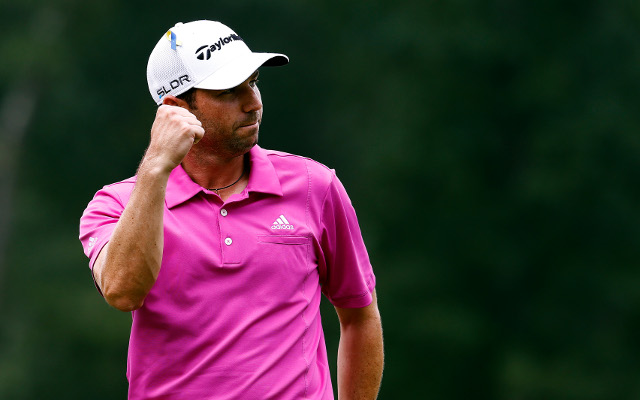 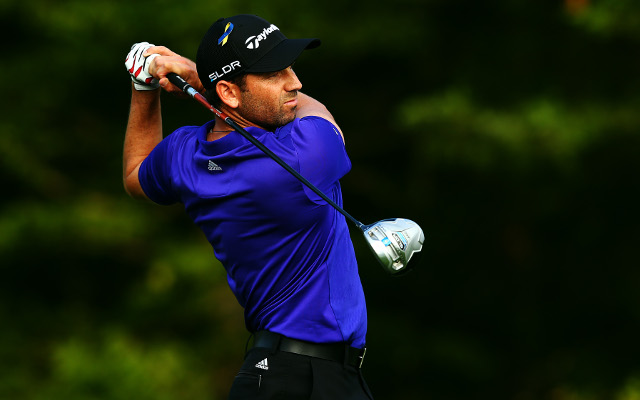 Sergio Garcia extends his lead at the Deutsche Bank Championship 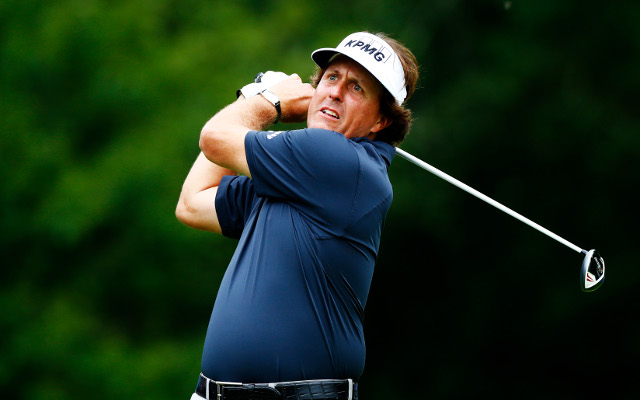 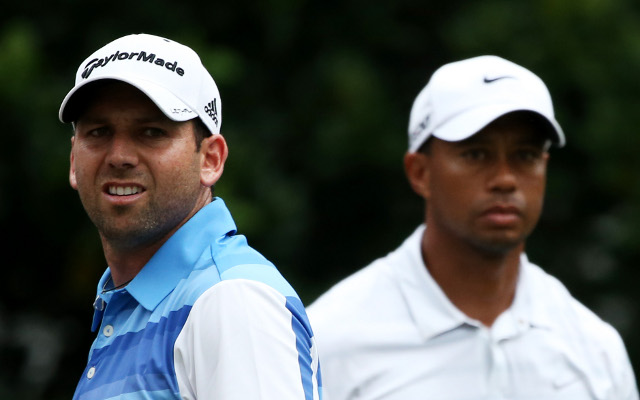 Sergio Garcia claims his feud with Tiger Woods is over