Wild scenes grip the North-West as the Vince Lombardi Trophy is paraded through the streets.

The Seattle Seahawks shared their Super Bowl triumph with hundreds of thousands of delirious fans Wednesday with a triumphal parade through city streets.

“This is for you, the 12, and this is for the tremendous job these young men have done all season,” said Seahawks legend Steve Largent, who performed master of ceremonies duties as the team arrived at their packed CenturyLink Field stadium.

“This city has won a championship before … but it has never seen anything like what just went on through the streets of Seattle.” 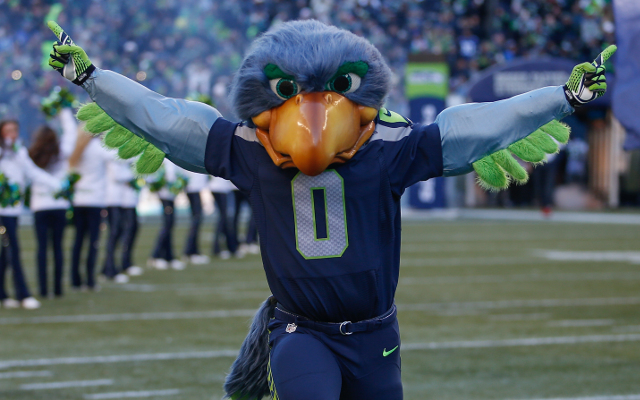 The Seahawks crowned their season with a dominant 43-8 triumph over Peyton Manning and the Denver Broncos in Super Bowl 48 on Sunday.

“We thank the loudest fans on the planet,” said Seahawks owner Paul Allen. “That support unified our community in an amazing way … it reached all the way to New Jersey.

“This Super Bowl win is the culmination of an exciting journey, and we wouldn’t be here if not for you, the fans.”

Players took hours to wind their through downtown streets, starting near Seattle’s iconic Space Needle and finishing with festivities at the stadium. 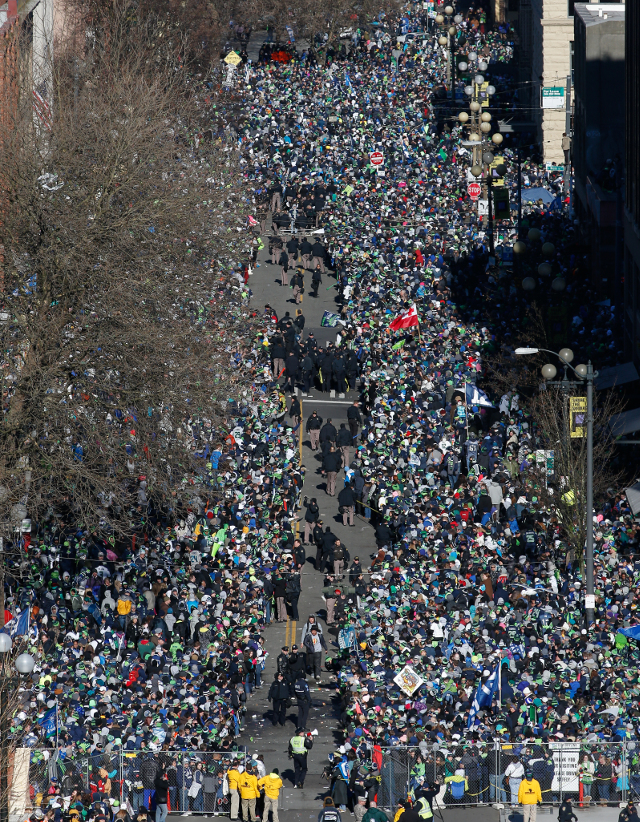 Televised reports estimated that half a million people turned out, despite temperatures hovering around the freezing mark — well below average for the time of year.

With so many turning out, the Seattle Mariners’ Safeco Field baseball park was used for overflow, and fans packed the stands there to watch big-screen coverage of the ceremony at the football stadium. 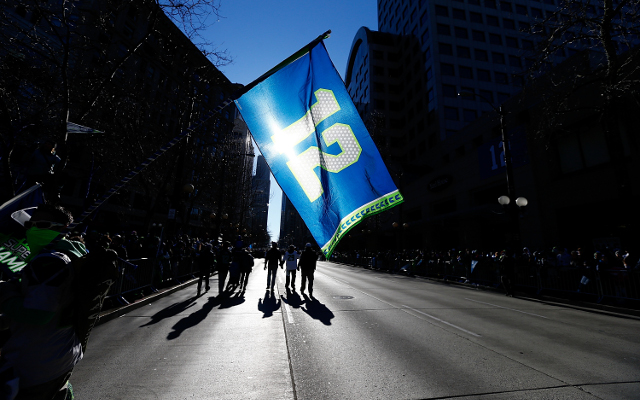 Seattle fans — dubbed the team’s “12th man” for their enthusiastic support all season, observed a “moment of loudness” at 12:12pm.

Chants of “LOB! LOB!” paid tribute to the “Legion of Boom” — the Seahawks defensive secondary that was part of the toughest defense in the league and played a key role in the Super Bowl triumph. 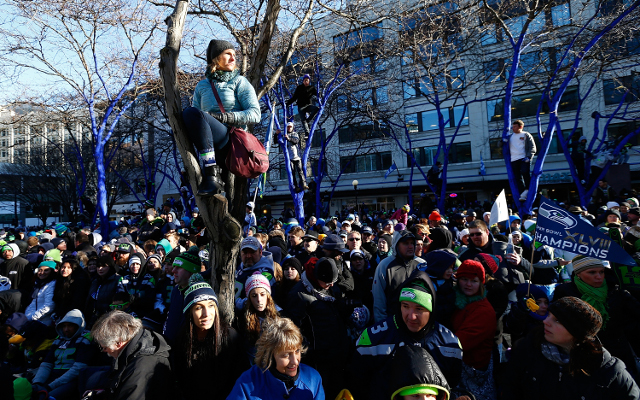 Running back Marshawn Lynch, known for his fondness for Skittles, tossed his signature candy to the crowds lining the parade route — and fans tossed Skittles back.

“At the beginning of the year, we knew we could get here. Everybody put all the work in, right from training camp,” Seahawks quarterback Russell Wilson said.

“When I came here, I talked about winning multiple Super Bowls. And you can’t win them all until you win the first. Our mindset from right now is to go about winning the next one.”

It was only the third professional sports title the city has ever captured.

The Seattle SuperSonics, who bested the Washington Bullets in a five-game 1979 NBA Finals, were the only other pro club to bring a title to town along with the Seattle Storm in the WNBA.