Injuries mount up for the Spurs as Leonard joins Tiago Splitter and Danny Green on the sideline.

San Antonio Spurs forward Kawhi Leonard and Atlanta Hawks forward Pedro Antic could each be sidelined for up to a month after injuries announced by their respective NBA clubs.

Leonard will miss three to four weeks with a broken right finger suffered in the first half of the Spurs’ 111-105 loss Wednesday to Oklahoma City.

The Spurs, second to Oklahoma City in the Western Conference at 32-10, are also without injured center Tiago Splitter and guard Danny Green.

Leonard has started 40 games for the Southwest Division-leading Spurs, averaging 11.6 points and 6.1 rebounds.

Antic suffered a stress fracture in his right ankle and will miss two to four weeks, the Hawks said after a Thursday MRI revealed the break.

Antic suffered a mild right ankle sprain in Atlanta’s loss to Brooklyn in London last week but played in the next two games after X-rays taken following the game showed no fracture.

A protective boot will help the healing process for Antic, who is averaging 5.8 points and 3.4 rebounds this season. 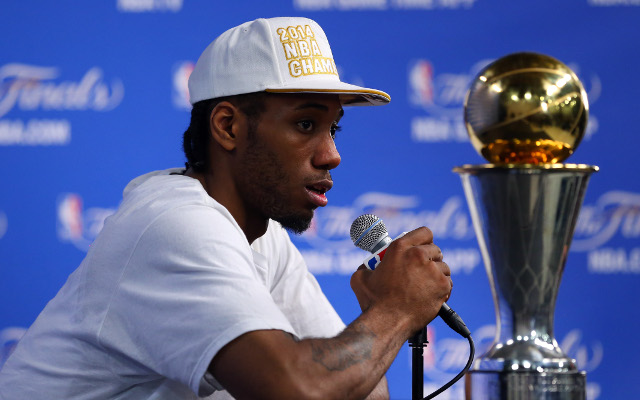