Manchester City midfielder Samir Nasri is a rather contreversial character. His move from Arsenal in 2011 was acrimonious to say the least, while his 2012 rant at the French press will also live long in the memory.

Then, of course, there was that ‘quenelle’ scandal in 2013, when Nasri had to apologise after appearing to make a reverse Nazi salute.

In summary, Nasri is a bit of a ‘wrongen’, but he is a bloody good footballer.

Nasri’s girlfriend, Anara Atanes, is not shy when it comes to causing controversy either.

Last year, Didier Deschamps filed a lawsuit against Miss Atanes after she went a bit overboard in her criticism of the France coach.

Like Samir, Anara compensates for her faults in other areas.

In her case, her saving grace is her physical beauty.

Earlier this week she shared the below photo on Instagram. If you think she looks hot in this snap, your mind will be blown by the other pictures in this article… 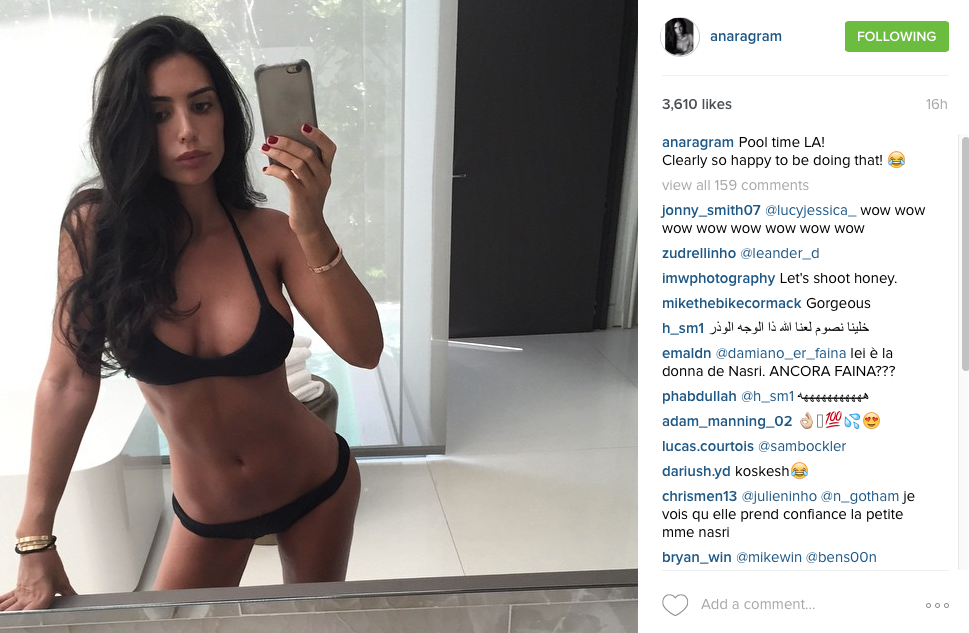