Australian fast-bowler Ryan Harris has etched his name onto the records wall at Lords, after taking 5-72 as England finish its first innings on 361.

Harris was the pick of the Australian attack on both days, as he celebrated his return to the national side with a timely haul.

However, valuable late runs from Stuart Broad (33 off 29 balls) and Graeme Swann 28no off 26) helped push the Three Lions’ total higher than it might have been.

Harris stuck with the first ball of the day when Tim Bresnan edged through to Brad Haddin for just seven to make the score 289-8. 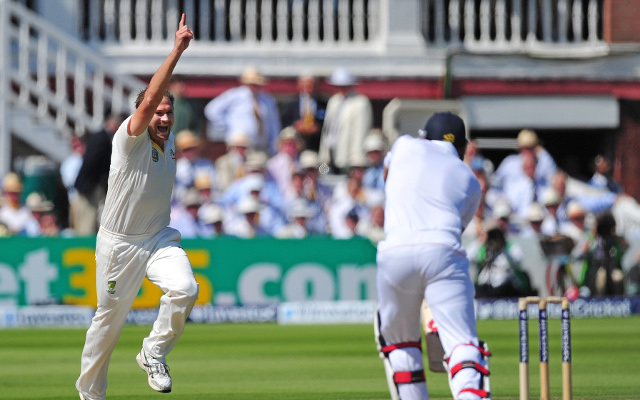 Harris then took his fifth wicket when Haddin pouched a catch off Jimmy Anderson as the tourists continued to make giant strides towards batting before lunch.

In a bid to make Graeme Swann uncomfortable at the crease, Harris went around the wicket with the only offering up mixed results.

In a sign of how good the pitch will be to bat on on days two and three, Broad and Swann showed no signs of their stroke play being rushed, as they continued the trend of last-wicket partnerships this series. 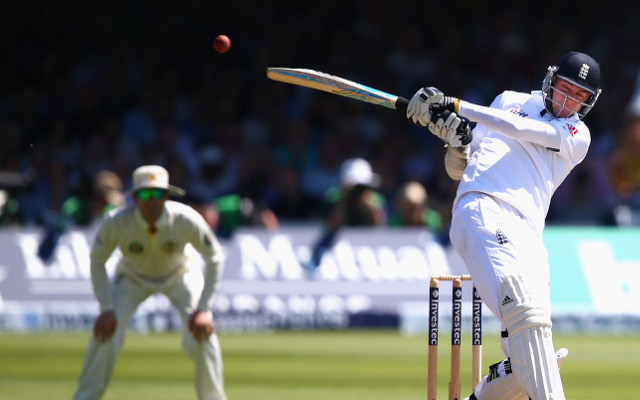 The pair continued to play through the line as they found the boundary often, as they added valuable runs for the home side with the partnership reaching 48.

James Pattinson was brought back into the attack and struck with the first ball of his spell, with an edge to Haddin with a review not saving Broad, as England were bowled out for 361 with Australia having close to an hour at the crease before lunch.

M. Prior c Haddin b Smith 6