fanatix | Football | Serie A | AS Roma | Roma strike deal with Arsenal-linked forward, fee YET to be agreed

Manchester City forward Edin Dzeko appears as though he will be leaving England as he has agreed to terms with Serie A club Roma.

Sky Sports reported Dzeko’s imminent move to Italy, although the fee for Dzeko’s transfer has yet to be agreed between the two clubs.

It will not come as much of a surprise to City fans that Dzeko, who had previously been linked with Arsenal. will be leaving the Etihad Stadium after five seasons.

Dzeko saw his role under Manuel Pellegrini decrease in the 2014-15 season, as he only made 22 Premier League appearances while scoring four goals.

This marked a steep decline from his previous production, as he had totaled 44 goals in the last three seasons.

It would not be any easier for the Bosnian international to secure a first-team spot City have splashed out on a £49m deal for Raheem Sterling.

The 29-year-old forward helped lead the Citizens to two Premier League titles, most recently in 2014. 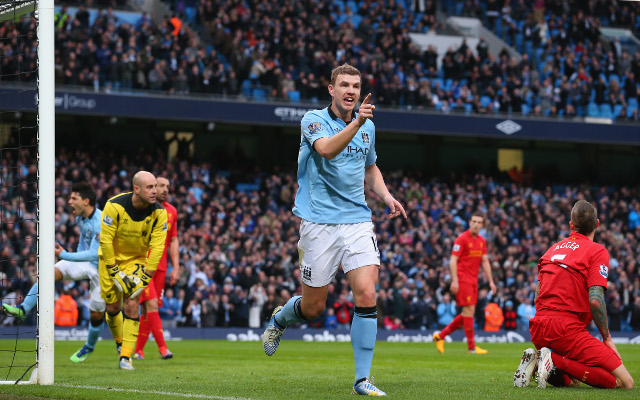