New Zealand’s Roger Tuivasa-Sheck has been the stand-out winger of the Rugby League World Cup and is ready to crown his meteoric rise with victory against Australia in Saturday’s final.

The 20-year-old’s form this season in the NRL with the Sydney Roosters saw him this week awarded the title of best winger in the international federation’s team of the year.

But the Samoa-born winger has admitted to pinching himself when he sees who he’s rubbing shoulders with on the team bus.

“He’s probably been our best player throughout the tournament,” was Kiwi captain Simon Mannering’s blunt assessment of Tuivasa-Sheck, who has overcome deep bruising to his lower leg to be fit for the Old Trafford showdown.

“It’s his first Kiwi tour, his second year in the NRL and to be named best winger in the world is pretty special for a 20-year-old.

“He’s such a level-headed kid and a good guy. It’s a massive boost for the team that he’ll be out there tomorrow.”

Tuivasa-Sheck has certainly delivered on the pitch, scoring in every match for the Kiwis, including two in each of his last three games – eight tries in five matches overall.

“It’s fantastic to make it to the World Cup final,” said Tuivasa-Sheck, who attended Auckland’s Otahuhu College, where he played both rugby codes and also represented the New Zealand rugby union schoolboy team.

“It’s something that comes around once in a lifetime. The semi-final (a 20-18 victory over England) was good, I loved every moment of it. It was scary at times but I am happy that we won it.

Tuivasa-Sheck scored two tries in the dramatic last-gasp win over the English at Wembley last weekend, including one after an amazing blind offload by Dean Whare.

“I was lucky to be at the end of two structured plays and I was happy to score for the boys,” Tuivasa-Sheck said.

“My first try was unbelievable. Dean Whare had some magic and it fell to me, and luckily I was there.

“It is pretty cool, I am loving everything about the World Cup. Just to look around at the boys, it keeps you going.”

Tuivasa-Sheck’s rise has been incredible – it was only a year ago that he had been plucked from Otahuhu College and was playing in the Roosters’ under-20 side.

“This time last year I was playing under-20s and I was hoping to continue on playing for the 20s,” he said.

“I thought I could try and get up to First Grade but I wanted to focus on what I could control and the 20s was where I was at, so I focused on that until I got the call up.”

The winger added: “My best times (at the World Cup) have been off the field, when the boys have been together and enjoying ourselves, having a good time. Especially with the boys that I am with, they are all my idols and heroes from when I was back in New Zealand.

“I pinch myself sometimes. I jump on the bus and see who I’m sitting next to and where I am now.” 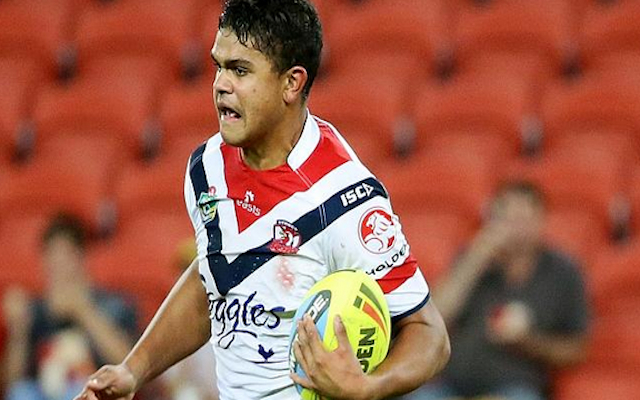