Despite dropping to a relatively low ranking, the former number one remains positive.

Swiss tennis great Roger Federer insisted he was still capable of winning a Grand Slam singles crown despite a relatively poor 2013 season which saw him slip to world number six.

The 32-year-old won only one title in an injury-hit 2013, leading many tennis fans to wonder whether he would add to his record tally of 17 Slams.

However, the former world number one said he still had the ability to win one of the big four and identified Wimbledon as his best chance.

“Let’s say I play my best, probably I always feel that Wimbledon is going to be my best chance,” he said when asked which of the four Slams he thought he could win in 2014.

“(Then) the US Open, Australian Open, and then the French Open.

“But then again, who cares? It’s up to me to show it, to prove it, and give it a try and give myself opportunities like I have in previous years.”

Federer, who is playing the Brisbane International for the first time in a change to his Australian Open preparations, recently added former Swedish great Stefan Edberg to his coaching staff.

Edberg was a renowned serve and volleyer, and Federer conceded he would try and incorporate more of that style of play into his game.

“It’s going to be interesting to see what he (Edberg) thinks — if it’s possible to play a lot of serve and volley on the slower courts we see all around the world now, or if there are different ways for me to find my way to the net,” Federer said.

“I’ve tried many things. We can debate with Severin Luthi, my coach, about ways to come to the net or not.

“Clearly it’s important to take time away from your opponent, to dictate play as well, as much as you can.

“Also, you have to be able to not miss too much and physically stay in the rally, and mentally as well,” he added.

“So it’s a combination of many things now against the good players we know at the top.”

Federer said he expected Rafael Nadal and Novak Djokovic to dominate the men’s game again in 2014, although he said he was pleased to see Andy Murray’s return from injury.

“I think Rafa and Novak are going to be the ones to beat this season, particularly in the beginning,” he said.

“Then as we move forward, you have to see if they stay injury-free and keep on winning.

“I kind of expect them to go deep in most of the tournaments they’ll enter, of course.”

Federer said he hoped Murray had recovered well from back surgery in September, but warned that the British world number four might struggle in Melbourne after so long out of the game.

“It’s nice that he (Murray) already played a few matches this year now, even though it was an exhibition match — it’s a big step forward for him in his mind,” Federer said.

“I’m eager to see him again. It’s been since probably the US Open I haven’t seen him, so I’m hopeful for him that it’s going to be fine for the Australian Open, which is going to be a huge test for him now because it’s a best of five set matches.”

Federer has a bye into the second round in Brisbane, where he will meet Finland’s Jarkko Nieminen. 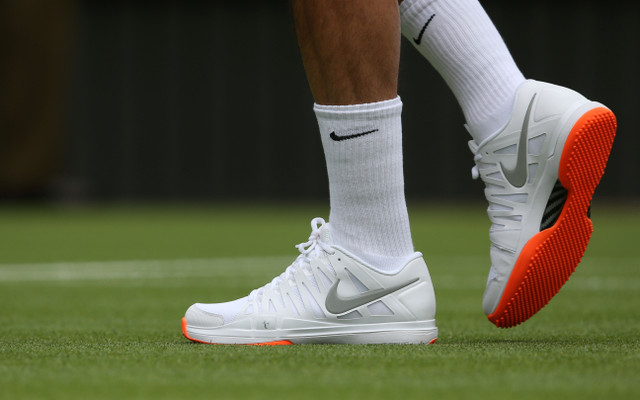