Richmond midfielder Bachar Houli says he is disappointed after being caught up in yet another racial vilification controversy.

According to the Herald Sun, 3AW radio announcer John Burns is alleged to have called Houli a “Muslim terrorist” during the Tigers’ 32-point loss to Melbourne on Friday at the MCG.

Houli told Fox Footy he was saddened by the alleged incident and said behaviour of that kind should not be accepted.

“It’s just sad to hear it especially in this day and age with the way that we celebrate diversity and celebrate all different cultures,” Houli is quoted as saying by AAP.

“It’s something that we shouldn’t accept within our society. We’ve come a long way and it is definitely a minority – it’s not the majority of Australians.

“We are moving forward, but it’s just sad to see it pop up every now and then.”

Burns delivered a somewhat confusing ‘apology’ on 3AW on Tuesday, saying he was sorry for “what he did” but stopped short of admitting he made the comment.

“I spoke privately with the person who heard the comment yesterday and apologised for upsetting him. He accepted that and he said he hopes to see me at the next Melbourne-Richmond game and hopes the result will be different,” he is quoted as saying by Fairfax Media.

“I’ve spoken to the Richmond football club, they’ve accepted my apology for what I did and there’s not a great deal more I want to add except that it’s very, very upsetting for me and my family and I’m sorry to put you in an embarrassing situation Ross.

“I hope I haven’t disappointed any of our listeners, because I love working on the program, it’s a privilege to work with you and to talk to the listeners everyday and I hope that puts an end to it.”

Richmond released its own statement on Monday, saying it believed its own employee’s version of events but considered the matter to now be closed.

Houli was drafted by Essendon in 2006 and went on to play 26 games for the Bombers.

The 26-year-old works with the AFL as a multicutural ambassador. 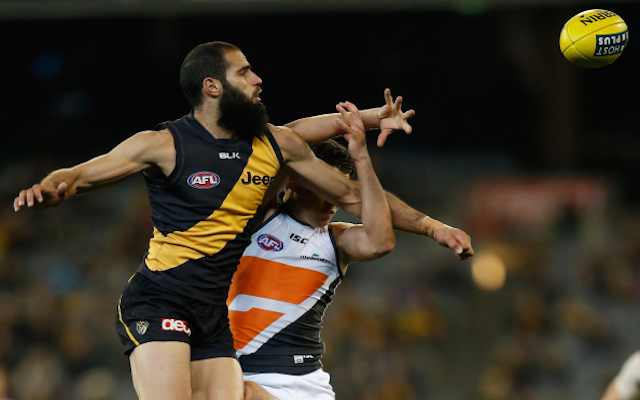