Spurs striker was rejected by Gunners as a youth.

Tottenham fans often sing that Harry Kane is one of their own following his meteoric emergence this season, but it has now been revealed that he used to reside with the enemy, according to the Daily Star.

The forward is a firm favourite with Spurs supporters after graduating from the academy and chipping in with important goals this season.

But thanks, bizarrely, to Brentford’s match day programme, it has emerged that Kane began his career on the other side of north London with Arsenal.

Asked whether any of his former colleagues have gone on to make it as a professional he said: “There’s quite a few.

“Harry got let go at a young age and i think Ryan was released at under-16s and they both went to Tottenham, and are doing well for themselves now.” 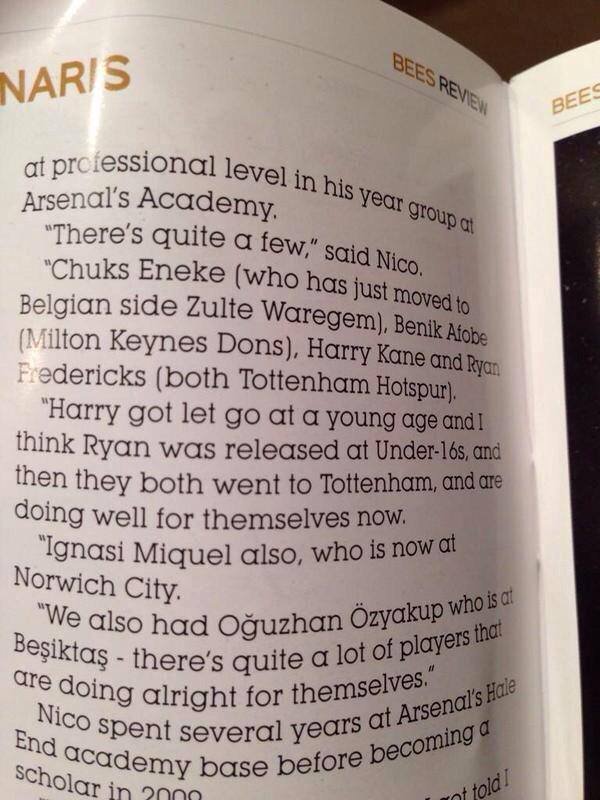