Since signing for Arsenal in the summer, Alexis Sanchez has more than lived up to the £35 million transfer fee that Arsene Wenger spent on him. The Chilean has already scored ten goals for the club in just sixteen appearances. How does this match up to Gunners strikers past and present? Here are the quickest ten players to reach ten goals for the North London club… 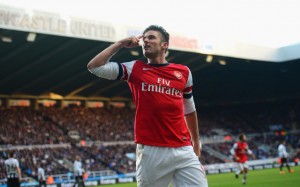 The French striker is recognised more for his build up play than his goalscoring.